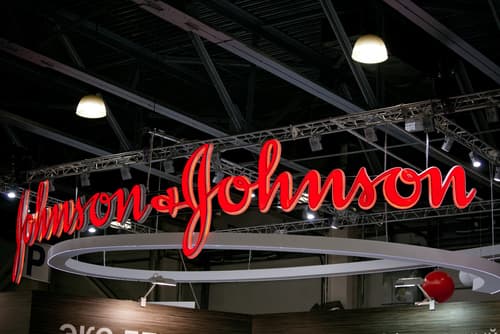 Johnson & Johnson said it will appeal the decision made by the state of Oklahoma and claims it has a strong case to do so.

In a historic decision made on Monday (August 26) by an Oklahoma judge, Big Pharma company Johnson & Johnson (NYSE:JNJ) has officially been ordered to pay US$572 million for its role in the South Central US state’s opioid crisis.

Oklahoma’s attorney general originally filed the lawsuit asking for US$17 billion. As such, Jared Holz, a healthcare strategist for Jefferies & Co., said the US$572 million decision made by the judge was a smaller blow than what had been anticipated.

According to the 42-page decision, Judge Thad Balkman claimed the company conducted a deceptive sales campaign that resulted in addiction and a high death count as a result of opioid use.

In doing so, Johnson & Johnson and its subsidiaries devised a marketing tactic that included medical education activities. They also created and funded a group called the National Pain Education Council (NPEC), which aimed to provide continuing medical education (CME) in regards to pain and opioids.

“(The companies’) opioid marketing, in its multitude of forms, was false, deceptive and misleading,” Judge Balkman said in his ruling.

In addition to ambiguous marketing, Judge Balkman said in his ruling that the companies sent representatives into doctors’ offices in Oklahoma to deliver messages that were evasive, provided misleading pamphlets and coupons to patients and doctors and advertised their drugs on the internet in a misleading way.

Balkman further said the companies conducted a campaign that used branded and unbranded marketing that proclaimed pain was being undertreated and there was little to no risk in prescribing opioids. He said unbranded marketing ranged from printed materials that indicated these drugs were a safe and effective form of medication as well as online marketing that promoted the use of opioids.

“Based upon my findings that the (companies’) false, misleading, and dangerous marketing campaigns have caused exponentially increasing rates of addiction, overdose deaths and Neonatal Abstinence Syndrome, I conclude these are unlawful acts which ‘annoys, injures, or endangers the comfort, repose, health or safety of others’,” Judge Balkman said in the document.

The National Institute on Drug Abuse states that opioid drugs range from illegal substances such as heroin and fentanyl to prescription pain relievers such as oxycodone, hydrocodone, codeine and morphine.

Between 1999 and 2017, drug-related overdoses resulting in deaths climbed to more than 700,000, according to the Centers for Disease Control and Prevention. In 2017 alone, roughly 68 percent of drug overdose deaths were linked to opioids, which is six times higher than it was in 1999. Between 2016 and 2017, the US Department of Health and Human Services claims that more than 130 people died everyday from an opioid-related overdose.

Johnson & Johnson said in a press release on Monday that it will be appealing the decision made in the Cleveland County District Court. The company believes it has a solid case in going forward with an appeal.

According to the company, the decision did not take into consideration Johnson & Johnson’s compliance with federal and state laws or the integral role its products have in patient lives. Johnson & Johnson said that its products, Duragesic, Nucynta and Nucynta ER, totalled less than one percent of opioid prescriptions in Oklahoma and throughout the US.

“Janssen did not cause the opioid crisis in Oklahoma, and neither the facts nor the law support this outcome,” Michael Ullmann, executive vice president and general counsel at Johnson & Johnson, said in the press release. “We recognize the opioid crisis is a tremendously complex public health issue and we have deep sympathy for everyone affected. We are working with partners to find ways to help those in need.”

Despite the harsh ruling made on Monday, shares of Johnson & Johnson were up 1.62 percent from its previous close to US$129.64 as of market close on Tuesday (August 27).