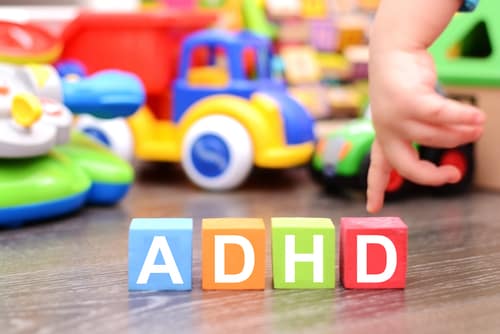 The Investing News Network breaks down the key points you need to know about if you want to invest in ADHD treatments.

Typical signs of ADHD are hyperactivity — which includes moving, fidgeting and talking constantly — and the inability to pay attention or stay focused in a range of situations.

According to the National Institute of Mental Health, symptoms of ADHD in children can begin presenting between the ages of three and six and can persist until adulthood.

In order to receive an ADHD diagnosis, doctors — including pediatricians and psychologists —  conduct an evaluation to rule out that ADHD symptoms aren’t due to another medical condition.

However, concerns over the last few years have been raised in the US about children being overdiagnosed with ADHD. The American Psychiatric Association estimates that 8.4 percent of children have ADHD. On the other hand, data from the Centers for Disease Control and Prevention claims in key findings that 9.4 percent of children between the ages of two and 17 were diagnosed with the condition in 2016.

That being said, ADHD awareness has steadily increased, which has perhaps led to the rise in diagnosis over the last 20 years, according to a report from the Journal of the American Medical Association.

As such, this market is an interesting play for life science investors, as some of the top companies in the industry are the names behind many treatment options for ADHD.

With that in mind, here the Investing News Network further breaks down ADHD and its symptoms, companies behind drugs for the disorder and a future outlook for the ADHD therapy market.

Investing in ADHD treatments: What is ADHD?

While ADHD is a broad term, there are three key types of ADHD: hyperactive-impulsive, inattentive and combined.

ADHD patients who are hyperactive-impulsive often feel restless, have problems sitting still, are talkative, are constantly on the move, are impatient, act out and have a tendency to make inappropriate comments.

On the other hand, patients with inattentive ADHD experience symptoms such as getting easily distracted or bored, having difficulties focusing and learning, being less able to follow directions, not seeming to listen and moving slowly among others.

Combination ADHD is, in simple terms, a combination of both hyperactive-impulsive and inattentive. This means signs and symptoms aren’t predominantly one or the other.

So, what causes ADHD? No direct source has been identified, although factors such as genetics and development of the central nervous system could be linked to the disorder.

While ADHD is most commonly diagnosed in children — with an estimated six million diagnosed in the US in 2016 — 30 to 50 percent of these children carry the disorder with them into adulthood. According to GlobalData, this results in 2 to 5 percent of the adult population having the condition.

However, as the discussion around ADHD becomes more and more widespread, so too does diagnosis of ADHD in adults. While it is estimated that 4.4 percent of the adult US population has ADHD, less than 20 percent of those diagnosed take medication.

Although ADHD itself isn’t life threatening, a 2015 study from the University of Denmark concluded people with ADHD have a lower life expectancy and are more than twice as likely to die prematurely compared to people without the condition. According to the study, which tracked more than two million people in Denmark, 107 people had died at the time of the follow up of premature deaths resulting from unnatural causes, such as accidents.

While that might seem scary, there is, of course, treatment for ADHD, making early diagnosis key.

With the rising number of ADHD patients over the last generation or so, the number of treatment options and medication for ADHD is beginning to take flight.

In terms of treating ADHD with medication, the US Food and Drug Administration (FDA) has given the green light to two kinds of medications: stimulants and non-stimulants.

Stimulants help level out chemicals in the brain such as dopamine and norepinephrine and are the most common treatment option for ADHD. Non-stimulants are used less frequently and are generally used if a patient had a negative reaction to a stimulant.

So, who are the companies developing products for treating ADHD?

One of the most common ADHD treatments was developed by Shire Pharmaceuticals, a company that was acquired by Takeda Pharmaceutical (OTC Pink:TKPHF) in 2018. Shire is the face of Adderall XR and Vyvanse. In 2017, Shire received approval from the FDA for Mydayis, which lasts up to 16 hours compared to 12 for Adderall.

According to a report from Grand View Research, other notable companies in the space include Eli Lilly & Co. (NYSE:LLY) for its ADHD treatment Strattera, despite the company losing its patent for the drug in 2017; Johnson & Johnson (NYSE:JNJ) for its drug Concerta; and Pfizer (NYSE:PFE) for its treatment QuilliChew, although it received a warning from the FDA in 2018.

Going forward, Grand View Research estimates that the global ADHD market is projected to reach a US$24.9 billion valuation by 2024, growing at a compound annual growth rate of 6.4 percent between now and then.

With the increase in ADHD diagnosis over the last 20 years or so, the need for more drug approval and commercialization will fuel growth in addition to the rising number of clinical trials.

Stimulant drugs will largely account for the biggest market share of ADHD drugs due to their effectiveness in treating and maintaining the disorder.

However, GlobalData claims that non-stimulants are also rising rising in popularity; the report states there isn’t enough evidence to prove stimulants are safe for long-term use, which will contribute to the increase in non-stimulant ADHD treatments.

In short, the current ADHD treatment market is largely fragmented due to few companies in the space and not one in particular focusing solely on the condition. However, the rise in ADHD diagnosis and need for more drugs will slowly but surely provide investors with more opportunities to cash in on companies developing therapeutic products to treat ADHD.