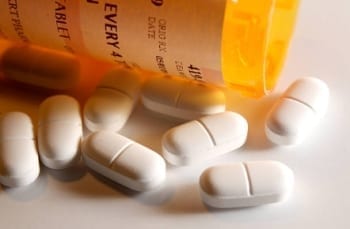 On his first three months as commissioner of the Food and Drug Administration, Scott Gottlieb has already taken significant steps to spark competition in the pharmaceutical space and help bring down the costs of some vital products.

In his first three months as commissioner of the Food and Drug Administration, Scott Gottlieb has already taken significant steps to spark competition in the pharmaceutical space and help bring down the costs of some vital products. For example, the agency’s drug competition action plan was announced by the commissioner at the end of June as a clear signal of the changes ahead.
As part of this drug competition action plan, the FDA announced the publication of a list full of off-patent, off-exclusivity drugs with no approved generics in the market, basically offering companies a guide to markets they are encouraged to target and help bring in some competition.
Now, an editorial done by Bloomberg details the way Gottlieb is preparing to take on high drug prices by inciting competition through a faster generic drug approval process.

The FDA grants an exclusive license to companies for drugs that last between five and seven years, patents can usually extend this time period, which means more time where a company will sell their product with no competition in sight.
“This government-sanctioned monopoly is justified because pharmaceutical makers deserve some time to recoup their investment and earn a profit,” Bloomberg wrote.
According to Bloomberg, Gottlieb is planning to bring down the time it takes to approve generic drugs between eight to 10 months.
“The FDA, as a mere regulatory agency, can’t do much about these kinds of practices… Other parts of the government can, though,” the editorial indicated. Thanks to the work of bills in the Senate or a tougher work from watchdogs like the Federal Trade Commission.

Appointed by President Donald Trump and confirmed through a rather smooth process by the Senate, Gottlieb has already made attempts to revitalize the agency by tackling the opioids epidemic head on, which served as an important beat during the campaign trail for Trump.
It began by evaluating the effect of opioids in small communities and asking for a complete understanding of the benefit for these products when it’s clear now the harm being caused surpasses the help they provide. Despite many pharmaceutical companies still expressing that in spite of the crisis, their products are safe if consumed as intended.
In June, Endo Pharmaceuticals (NASDAQ:ENDP) was asked by the FDA to remove from the market their Opana ER opioid-based product. After a short evaluation, the company agreed and readjusted its sales expectation.
Derek Archila, specialty pharma analyst with Oppenheimer told the Investing News Network Opana ER was more of a legacy product and wouldn’t overall impact their future. He correctly predicted the company wouldn’t put up much of public fight for the product since opioids are essentially a “swear word word.”
Don’t forget to follow @INN_LifeScience for real-time updates!
Securities Disclosure: I, Bryan Mc Govern, hold no direct investment interest in any company mentioned in this article.