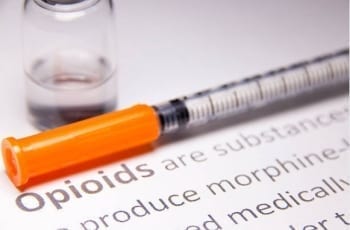 As part of their more critical stance against opioids brought forward by new management, the FDA has requested Endo Pharmaceuticals to remove Opana ER from the market.

Following a special, first of its kind in the opioid sector request from the US Food and Drug Administration (FDA), Endo Pharmaceuticals (NASDAQ:ENDP) has agreed to take Opana ER off shelves.
In a statement (July 6), the company said it did not believe the product had any unsafe or ineffective quality and still remained “confident” from the clinical research results.
According to Endo, this move will cause it to incur a pre-tax impairment charge of $20 million for the second quarter of 2017. The product brought in $35.7 million in net sales for the first quarter 2017. Overall in 2016 Opana ER sold $158.9 million.
The company recommended for patients who may be using Opana Er to consider new treatments with their physician.
Endo’s stock took a hit on July 6, when it announced the market removal. The company then saw a 1.84 decrease and closed the market day at $11.18. Since then, its stock price has started to bounce back, trading at roughly  s at $11.32 as of 1:40 p.m. EST on Tuesday (July 11). On a year-to-date period,  Endo’s stock price has dropped by 31 percent.
As The Investing News Network (INN) had reported previously, Derek Archila, specialty pharma analyst with Oppenheimer had said the Opana ER was a “legacy product” for the company and a removal wouldn’t significantly affect them moving forward as the FDA cracks down on opioid abuse.
To read the full original story, continue reading below.


Give me my free report!
As part of their more critical stance against opioids brought forward by new management, the US Food and Drug Administration (FDA) has requested Endo Pharmaceuticals (NASDAQ:ENDP) to remove Opana ER from the market.
“After careful consideration, the agency is seeking removal based on its concern that the benefits of the drug may no longer outweigh its risks,” the FDA stated.
Endo Pharmaceuticals issued a press release responding to the FDA demand, saying the company was reviewing the request and evaluating the “full range of potential options,” as the company prepares to make a decision and take a path moving forward.


Give me my free report!
In the FDA’s statement, newly appointed Commissioner Scott Gottlieb said the agency will continue to look for better regulation in the opioid situation.
“We are facing an opioid epidemic – a public health crisis, and we must take all necessary steps to reduce the scope of opioid misuse and abuse,” said Gottlieb.
The FDA had already voted on the drug no longer outweighing its risks, which set the seeds for this announcement.
This isn’t the first time the FDA has stepped into a specific marked and sought to remove product due to a potential danger. However, in an interview with the Investing News Network (INN), Derek Archila, specialty pharma analyst with Oppenheimer who covers the company, said this is the first time it has happened in the opioid market.
“The novel part of this whole scenario is more the fact that we are moving a product of the market that was thought to be safer than the original product on the market,” Archila told INN.
Opana ER brought the company close to $159,000 through 2016, a gradual decrease from the two years prior. During the first quarter of 2017, the drug helped the company’s US branded pharmaceuticals reach $250 million in sales, approximately 24 percent of the Endo’s total sales for their first quarter.
STAT News reported the drug has proved attractive to addicts due to the fact that the tablet can be crushed into powder, which can then be injected or snorted and provide its effects almost immediately.

Not a huge factor for Endo’s products

Since the beginning of the year, shares of Endo Pharmaceuticals has dropped 32.6 percent. The news of the FDA request was met with a drop in the market of more than 12 percent.
Archila said he doesn’t expect Endo to fight for Opana ER, claiming it’s more of a legacy product that isn’t really a key aspect of the company’s portfolio.
“It’s only 4 percent of their sales… they had already kind of disassembled the pain sales force, this was not something that was really part of their growth story,” he said.
Even if the company were to fight the FDA request, Archila said it would cause a bad reputation for the company, since the word opioid has become essentially a “swear word now.”
“People in the market are basically saying ‘look this product is probably going away and if they don’t comply with the FDA that gets even worse,'” he said.
The fight against opioids has been bubbling with even US states and cities suing pharmaceutical companies over the damage caused by their drugs, in some cases claiming to actively deceive medical officers about the addictive nature of their product.
Opioid abuse claimed the life of more Americans than homicide and is now close to matching traffic accidents.

This the first time the market has seen the FDA ask a company to remove their product directly. As such, Endo Pharmaceuticals may fight the US agency on this matter, but the growing public sentiment against opioids seems to be a major indicator of where the opioid market may be heading.
Archila expects this move to lead to more inspections into opioid-based products in the market from the FDA.
“The FDA is going to continue to take a look at and really ensure sure none of this drugs that are out there continue to propagate the opioid epidemic, they want to see these rates go down and if there are other products out there where the abuse rates are high they’re definitely going to take a look at it just like they did with Opana ER,” he said.
Don’t forget to follow @INN_LifeScience for real-time updates!
Securities Disclosure: I, Bryan Mc Govern, hold no direct investment interest in any company mentioned in this article.