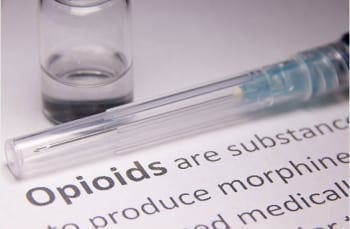 As part of a wide attempt to decrease the impact of opioid abuse, a healthcare company’s novel treatment of alcohol and opioids addiction will be used in three EnLite Clinics in Ohio.

As part of a wide attempt to decrease the impact of opioid abuse, a healthcare company’s novel treatment of alcohol and opioids addiction will be used in three EnLite Clinics in Ohio.
The BioCorRx Recovery Program from BioCorRx (OTCMKTS:BICX) will be made available for patients seeking recovery from addiction, this system uses a proprietary “compounded naltrexone implant” alongside personalized counseling made specifically for the two addiction types. The implant is put in place by a physician and is set to give the patient the non-addictive drug naltrexone.
In an announcement released on Tuesday (July 25), BioCorRx CEO, president and director Brady Granier said the number opioid overdose deaths in 2015 totaled 3,050 for Ohio, but that number is only projected to grow.
“Many in Ohio expect the number from 2016 to be even worse once finalized, making it the leading cause of accidental deaths in the state,” Granier said.
JGR Capital began covering BioCorRx on January 17 with a suggested stock price target of $0.09, in April the firm offered an update providing a $0.26 18 month price target.
BioCorRx upgraded to the OTCQB on July 22, since then BICX has seen an increase of 1.54 percent.
In May the company received approval for an investigational new drug (IND) meeting with the US Food and Drug Administration (FDA) on September 19, regarding the plan to market BICX101, an injectable release of naltrexone. Granier said the company would continue several rounds of testing before the meeting.
In light of the announcement, JGR Capital said the company is evaluating a one and two-week versions of BICX101.
“We forecast a revenue increase based on the positive news regarding potential new lines of treatment for BICX101,” the report stated.

Earlier this year (May 31) Ohio’s attorney general, Mike DeWine officially presented a lawsuit against a variety of drug makers in an attempt to seek reparations for the damage their opioid-based products caused to the state’s communities.
“We believe that the evidence will show that these pharmaceutical companies purposely misled doctors about the dangers connected with pain meds that they produced, and that they did so for the purpose of increasing sales,” DeWine told NPR.
Ohio joined Mississippi as the second state to sue pharmaceutical companies for their involvement in the opioid epidemic. The five companies sued by DeWine are Purdue Pharma, Endo Health Solutions (NASDAQ:ENDP), Cephalon owned by Teva Pharmaceuticals (NYSE:TEVA), Janssen Pharmaceuticals, a US-based arm of Johnson & Johnson’s (NYSE:JNJ) and Allergan (NYSE:AGN).
While there may currently only be two states suing drug makers, several other cities and counties all across the US have taken similar steps in an attempt to reduce the damage.
The risks and damages of the opioid crisis have made it so FDA commissioner Scott Gottlieb has repeatedly made it a critical part of his leadership of the agency.
A report from The Washington Post indicated that in response to these lawsuits various companies denied wrongdoing and would defend themselves in court.
“It will require a forward-looking, systemic approach that calls on greater coordination and collaboration between health-care, law enforcement, and state and federal regulatory authorities,” the Healthcare Distribution Alliance, which represents companies that distribute drugs told the newspaper.

Following the sweep of lawsuits in the US and companies even asked to remove their opioid-based product by the FDA, analysts have said there’s a move away from the toxicity of opioids in the public eye.
BioCorRx is offering an alternative to the opioid-market from a public relations standpoint by instead trying to help patients in need of recovery.
Don’t forget to follow us @INN_LifeScience for real-time news updates!
Securities Disclosure: I, Bryan Mc Govern, hold no direct investment interest in any company mentioned in this article.