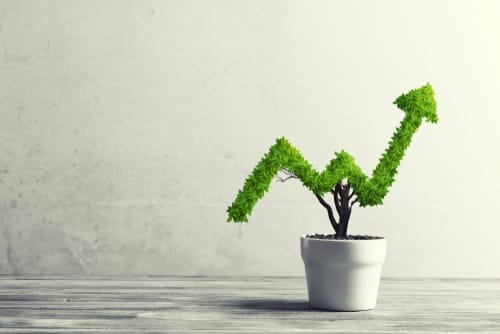 According to the announcement, CaPre demonstrated insulin secretion, which its counterpart metformin is not able to do.

CaPre demonstrated an increase in insulin production in connection with a rise in C-peptide levels.

While CaPre is also currently being evaluated in Acasti Pharma’s TRILOGY Phase 3 program in human patients with severe HTG — which includes conditions such as acute pancreatitis, coronary artery disease and cardiovascular disease — the preclinical study of CaPre in mice was to determine whether or not the drug can act on glucose and insulin differently than other methods of treatment.

According to Acasti Pharma, CaPre showed that it holds a unique “mechanism of action” over its counterparts, such as icosapent ethyl, which is an omega 3 treatment, and metformin, which is a commonly prescribed medication for diabetes.

The treatments were evaluated head to head using a standard glucose challenging test, which is a tool that measures how the body responds to sugar. The study’s preliminary findings show that CaPre promotes insulin secretion, while metformin does not.

“Our initial pre-clinical studies with CaPre are very promising,” Professor Andre Marette, who worked with Acasti Pharma on the study, said in a release. “The effect of CaPre on insulin secretion may suggest preservation of beta-cell function early in the development of type 2 diabetes … we have not seen this in previous studies with other OM3s using similar pre-clinical models of diabetes.”

Pierre Lemieux, chief operating officer and chief security officer at Acasti Pharma, said that these particular studies may potentially reinforce and back up some of the results from the company’s human Phase 2 clinical trials. He added that Acasti Pharma anticipates it will expand its list of “exploratory markers” for evaluation in its TRILOGY Phase 3 program to include resolvins and protectins and “other related pro-resolution molecules.”

CaPre is also being tested in another study in models with fatty liver/non-alcoholic steatohepatitis. The company said results from this study should be able to establish the findings from the diabetes mouse study. Together, Acasti Pharma and Marette intend to submit data from both of these studies to a peer-reviewed journal at some point down the line.

Acasti Pharma’s announcement on Monday comes on the heels of its fiscal Q2 2020 financial results, released on November 13. The company said it remains on pace to release top-line results from a TRILOGY 1 trial in December and a TRILOGY 2 in January, and highlighted that 90 percent of the randomized patients have finished the studies.

“Assuming our TRILOGY trials replicate our Phase 2 data, we believe CaPre has the potential to become a best-in-class omega-3, due to both the Trifecta Effect and greater bioavailability, especially in patients that follow the standard physician-recommended, restricted low-fat diet,” said Jan D’Alvise, president and CEO of Acasti Pharma. “Additionally, in all studies conducted to date, CaPre has shown no negative side effects or safety concerns.”

The company noted that it had roughly C$26 million in cash and equivalents as of the end of September and that it will remain fully funded even after the Phase 3 studies are finished.

On the NASDAQ, shares of Acasti Pharma rose 5.39 percent on Monday from the company’s previous close to US$2.15. On the TSXV, the firm rose 3.68 percent to reach C$2.82 over the same time period.