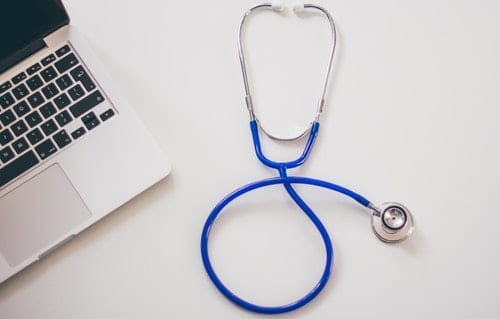 WELL Health Technologies CEO Hamed Shahbazi discusses why the Canadian healthcare system is behind in digitization.

To tackle this shortcoming, Vancouver-based WELL operates a number of primary healthcare facilities plus an electronic medical records business that “supports the digitization of such clinics.”

In an interview with the Investing News Network, Shahbazi said that what’s unique about his company and its approach is that not only does it have a digital element to it, but its people are also clinicians.

He explained that the company owns 19 clinics and has 180 physicians in its fleet, which can support roughly 600,000 patient visits a year.

“You can think of (WELL) as a vertically integrated business with both clinical and digital assets that it really brings together,” he said.

In terms of why Canada is behind on digitization in the healthcare system, Shahbazi said the system is still focused on encouraging physicians to start their own businesses and run their own clinics. While he said that’s fine, in a digital age, software is required to handle patient records and areas like virtual care; patient portals are ill-equipped because “technology is expensive.”

According to a research report called “Modernizing Canada’s Healthcare System through the Virtualization of Services,” which was published by the C.D. Howe Institute, the Canadian government has invested billions of dollars into digitizing the Canadian healthcare system. Canada Health Infoway suggests there has been a 233 percent increase in online access to medical records and a 214 percent growth rate in prescription renewal requests.

“People want to easily access their health records and communicate faster with care providers to coordinate and manage their own healthcare,” it says.

That being said, a report from Canada’s Economic Strategy Tables on health and biosciences acknowledges that there are challenges when it comes to implementing and using digital health systems in Canada. It claims that a national strategy is required to guide federal investments in digital health and that provincial and territorial partners need to come together in agreeing on how digital technology should be used to improve care and boost economic growth.

Some of the challenges include variation in implementing digital standards and inconsistent interpretation and application of privacy frameworks and legislation. Additionally, a lack of “modern data governance framework” makes advancing data kept in healthcare organizations more difficult.

“As a result, the health system still remains largely paper-based, with doctors’ offices relying on the fax machine for information sharing,” the report says.

A 2015 Commonwealth Fund survey indicates that only 19 percent of Canadian doctors polled said they had the ability to electronically exchange patient records. While the country has invested in developing electronic healthcare records systems, The report says that there are still important elements that are lacking: an interoperable set of systems, a unified data and privacy framework and one accessible electronic record for each Canadian patient.

In line with this, Shahbazi said that he sees telemedicine taking off in Canada over the next few years. As it currently stands, he said, so many people spend too much time going to the doctor for minor treatments or getting a prescription refill when it could be easily done virtually.

“What’s happening in healthcare, not just in Canada but all over the world, is there’s too many people and not enough doctors,” he said. “The only real way to equalize that is through technology, because physicians are the most burdened resource in the ecosystem.”

Shahbazi explained that solving this, while not an easy task by any stretch, would involve allowing a patient’s data to move around as one item. For example, a doctor at a walk-in clinic creates new data about a patient, meaning their data gets spread out between multiple places instead of it being in one place like it would be if it were digitized.

“That’s a challenging problem to solve,” Shahbazi said, “but I do think it will get solved with some of the latest technology. The technology’s there, it’s just a question of who’s going to implement it and how does it get implemented.”

In terms of how Canada will advance towards digitization, the country is making steps to achieve a digital health strategy by 2025. According to a report, the strategy should include six areas of focus for investing in digital health and health data: