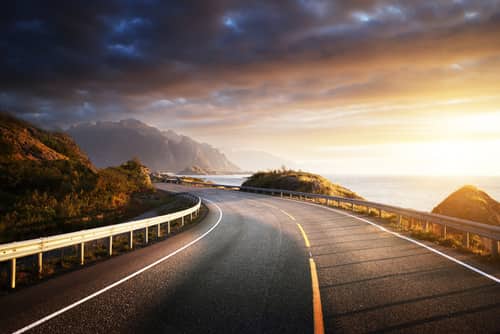 Dr. Jack Regan, CEO and founder of LexaGene, said the company is on pace to become fully commercialized by June of next year.

LexaGene (TSXV:LXG, OTCQB:LXXGF) has its sights on becoming fully commercial by next June, thanks in part to its most recent round of financing announced at the end of October, with gross proceeds totaling just under C$7 milion — its biggest capital raise ever.

Dr. Jack Regan, LexaGene’s CEO and founder, told the Investing News Network (INN) that securing the funds was a great accomplishment for his company and that it is now “putting that money into use.”

Regan gave some examples of how LexaGene is planning on using the funds on its path towards its LX2 Genetic Analyzer’s full commercialization, including adding more staff to the team — which he said is crucial for the company’s growth — adding a sales team and continuing with additional research and development.

“As we move forward and get closer and closer to our first commercial sale, we need to be more serious about ramping up our boots on the ground in regards to a sales force,” Regan explained.

Regan said that the company also needs to add more staff in order to finalize the commercial design of the LX2 Genetic Analyzer, which can identify pathogens and antibiotic and microbial resistance in under an hour. As pathogens are bacteria that often lead to diseases, the rise of pathogen detection has become prominent in animal health, food safety, clinical research, diagnostics and pathology.

The company’s first beta placement of the device was done in a veterinary hospital in June after completing a pilot clinical study in pets in February. By August, LexaGene placed a beta prototype in its first human clinical diagnostics lab. Regan previously told INN the main areas the device is targeting are antibiotic resistance and rapid pathogen detection in animal health and human diagnostic clinics, although the technology can be used across a range of different areas.

“These (hires) are going to help us assemble subsystems and put together the final precommerical build,” he said. “They’ll also be involved in testing different sub assemblies (and) making sure that our systems meet predefined requirements.”

With the target date of next June for commercialization, Regan said the company has a lot on its plate between now and then, but is confident LexaGene is in a good position to meet its goal.

In a separate press release issued on November 13, the company further elaborated on the financing, explaining that the development team will also be expanded in the mechanical, electrical and software engineering areas to “speed the company’s ability to evaluate and finalize different components for the commercial design of the LX2 Genetic Analyzer.”

“These components will enhance performance, lessen time-to-result, improve manufacturability and serviceability, as well as lower costs for the final commercial build,” the company said in the release.

Regan told INN that all of the previous series of financial raises could arguably be “high-risk capital raises,” but that the company is now in the crucial stages of finalizing the design of the LX2 Genetic Analyzer. He elaborated on the finalization: “we know (it) works; we’re just making tweaks to it.”

“The technical risk is well behind us, and now it’s really more of a manufacturing exercise and getting it right so that the user experience is everything we believe it can be,” he said. “(We believe) it’s going to be something which is robust and well-liked by all of the users.”

One response to “LexaGene Eyes Q2 2020 for Commercialization, Builds on Funding”