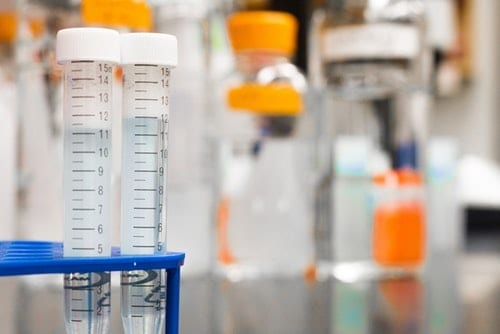 The controlled study, published in The Journal of the American College of Cardiology, shows a reduction in deaths and hospital readmissions.

Daxor (NYSE:DXR) has driven investor interest with data published in an academic journal for its medical device in an announcement on Tuesday (October 30). The company’s share price increased over 83 percent on Tuesday to close at US$8.80.

All patients in the study received personalized treatment for acute heart failure with Daxor’s blood volume analyzer device, the BVA-100. The controlled study, published in “The Journal of the American College of Cardiology,” based its research on a reduction of deaths and hospital readmissions.

Mortality rates were reduced by 82 percent while hospital readmission rates reduced by 56 percent 30 days after treatment. These results suggest Daxor’s technology has successfully intervened on a high unmet need for these patients.

“The BVA-100 provides a simple, rapid, inexpensive, non-invasive, and most importantly, objective measurement of volume status and composition,” Michael Feldschuh, CEO of Daxor, said in the press release.

The device works by taking blood samples from the patient, which is mixed with tracer substance and is compared with other indicators. It is used in conjunction with a patented single-use injection kit.

Patients in the trial had volumes of blood, red blood cell and plasma measured from Daxor’s device. Patients were given a decongestion and treatment strategy from the measurement given.

Additional results from the study include one-year death rates lowered to 4.9 percent compared to 35.5 percent for the BVA-100 and the propensity score control, respectively. The score was developed from the Centers for Medicare & Medicaid Service (CMS) data for demographics, comorbidity and time of treatment.

“These results clearly show that BVA measurement has a one-to-one relationship in achieving meaningful improvements,” John Strobeck, one of the study’s lead authors, said.

The BVA-100 shows results within an hour, but in emergency situations doctors can see preliminary results in 30 minutes. Previous devices used to measure the blood volume took four to six hours to perform, and was difficult to do so.

Feldschuh added heart failure is one of the largest areas of healthcare spending, and one of the most significant treatment challenges for about six million US patients. He added this amount is expected to double as the growing population ages.

Blood volume tests can identify the best treatment for multiple serious conditions dealing with blood and cardiac diseases. Other indications for the test include: hypertension, syncope, red cell mass and acute blood loss during surgery or accidents among many others.

This is Daxor’s only commercialized product and has been used in over 40,000 cases and many research studies. It’s the only US Food and Drug Administration (FDA)-approved product for rapid direct blood volume measurement. The company’s focus is to continue advancing technologies to improve patient care, and hospital and physician abilities.

No milestones have been announced just yet, but investors can look to the company’s website for updates on this device and other studies.