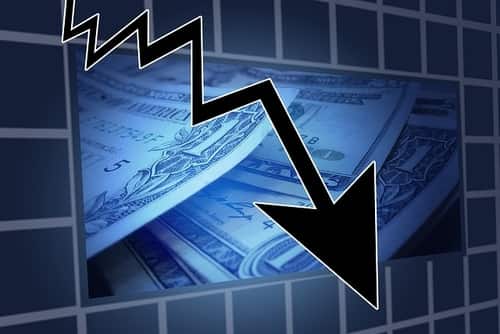 Shares of Myriad Genetics dropped over 40 percent following the release of its latest quarterly and annual fiscal results.

Shares of Myriad Genetics (NASDAQ:MYGN) tumbled on Wednesday (August 14) following the release of Q4 and annual financial results for its 2019 fiscal year. The results show that sales for the company’s GeneSight genetic test dropped over the course of the year.

According to a press release, sales of GeneSight dipped 12 percent to US$112.6 million during the company’s 2019 fiscal year from US$124.9 million in 2018. GeneSight is a tool that tests depression and analyzes how a person’s genetic makeup responds to medication.

Myriad reported a net loss of US$4.2 million for the quarter, which translates to a loss of US$0.06 per share. Revenue was down 2 percent due to low reimbursement costs for the company’s screening test.

Despite the drop in revenue during Q4, in a conference call on Tuesday (August 13), Mark Capone, CEO of Myriad, said revenue increased by 14 percent while earnings were up 18 percent.

Capone also highlighted that the US Food and Drug Administration (FDA) has requested changes to the company’s GeneSight platform, which he said Myriad is continuing to discuss with the regulatory agency. Despite disagreeing with the proposed changes, Capone said the company submitted a proposal regarding the GeneSight platform to the FDA on August 10.

“We believe this approach should not affect the benefits that we believe are provided by the GeneSight test, which is reflected in our guidance,” Capone said on the call.

Even with Capone’s reassurance, shares of Myriad Genetics closed at US$44.55 on Tuesday and dipped significantly by 42.76 percent to close Wednesday’s trading session at US$25.50.

The request from the FDA comes after American insurance provider UnitedHealth Group (NYSE:UNH) started coverage of the GeneSight test at the beginning of August.

According to a US Securities and Exchange Commission filing from Myriad, UnitedHealth’s coverage extends to patients with major depressive or anxiety disorders that have had unsuccessful treatment with at least one medication.

Shares of Myriad spiked by 61.56 percent following the initiation of UnitedHealth’s coverage.

“We were very pleased to see the pharmacogenomic coverage decision from UnitedHealthcare, the largest payer in the country and a recognized thought leader in precision medicine,” Capone said in the conference call. “In this industry, it is unprecedented to see a significant coverage decision in only six months, which is a testament to the quality of the data and the talents of the Myriad team.”

Capone added that reimbursement for coverage of GeneSight will start at the beginning of October and said that there are no limitations in terms of insurance providers.