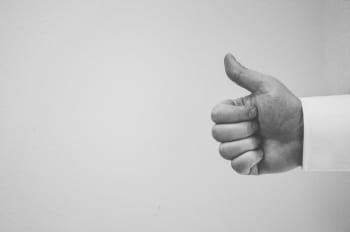 The company’s database will seek enrollment from cancer-related patients first.

One roadblock to new groundbreaking medical discoveries is the lack of new data readily available from patients directly to researchers. Invitae (NYSE:NVTA) is looking to change that by launching a platform where people can upload genetic information and support medical research.
Launched on Thursday (April 6), the company’s Invitae Patient Insights Network (PIN) will serve as a universal database for patients with genetic data they may wish to share with medical researchers.
According to the press release, the company said it would continue to share “de-identified data” to public research databases.


Give me my free report!
The release further states that if a patient decides to enroll, they will receive a series of questions to reveal their genetic information and other key health information. Invitae said the patient information will be private and only accessible after a request has been accepted.

“Patients who participate in the Invitae PIN will have the ability to safely store their information and direct how it is used,” said Dr. Robert Nussbaum, chief medical officer for the company said in the release.
“They can also gain access to insights about how other patients with a similar condition manage their health or connect to clinical trials and other research opportunities,” he continued.
The company is already offering patients to register online and share their information, with full rollout set to continue through 2017. Enrollment will first target patients with a personal connection to cancer or have cancer predisposition, a fact known through genetic testing.
The World Health Organization recognizes the importance of genetic research and the availability of data for researchers all over the globe; however, in the resource center for the Human Genetic Programme, it indicates the concerns from genetics-based research and genetic technologies.
Chief amongst those is “ensuring the confidentiality of genetic information.”

Following the company’s announcement, Invitae’s share price increased 2.79 percent to close at $11.05 on Thursday. On a year-to-date basis, the company’ stock has made a gradual increase of 39.17 percent.
According to a report from Rives Journal, most analysts covering the company recommend their stock as a ‘Buy’, or even a ‘Strong Buy’ grade.
In February, the company released its financial and operating results for Q4 of 2016 and full year ended December 31, 2016. Highlights of the release included a fourth-quarter revenue totaling 9.2 million, but also noted a loss of $24.8 million while making. Their full 2016 net loss totaled $100.3 million.
That said, based on Invitae having a genetic test available for patients, investors should expect—depending on the reception of the platform—the number of those tests to go up.
Don’t forget to follow us @INN_LifeScience for real-time news updates.
Securities Disclosure: I, Bryan Mc Govern, hold no direct investment interest in any company mentioned in this article.