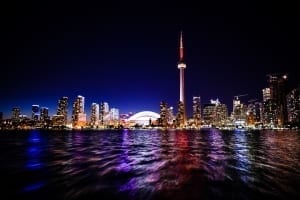 Through their Inspiration Labs in Toronto, Johnson & Johnson, will host over 40 new startups and among those two are working on some form of genetic type of development.

In the life science field, often large companies with substantial capital and a recognizable name brand—maintaining a line of products—will host smaller startups in order to seek innovation from fresh new voices.
Johnson & Johnson (NYSE:JNJ), through their Inspiration Labs, announced their location in Toronto will now host over 40 new companies. Among those, there are two that are working on some form of genetic research development.
“The no-strings attached model has been very important to our success in attracting so many quality companies, as it allows entrepreneurs the freedom to operate and do what is best for their company,” Melinda Richter, head of the JLABS, said in the statement. “We are hopeful that providing JLABS to the life sciences ecosystem in Toronto will support continued economic growth and development in the region.”
In a space where these companies may not have the opportunity to fully investigate their genetic research from other investors or on their own, entering the JLABS opens the doors for quality space to continue their work.


Give me my free report!
As previously detailed to Investing News Network by Meghan Alonso, CEO of Imua Services and expert on start up medical device companies, siad this type of initiation is very common for titans of the industry.
“What [Johnson & Johnson have] done to feed this system of innovation and make it easy at to grab anything that they want to – they’ve built infrastructure [in several cities in the US] where they have an incubator, and they have space available for these small start-up companies to have their office, and they share lab space,” she said, referring to the process start ups may go through in general.
With that in mind, here’s a look at those genetic research companies.

This company is working on creating, testing and accessing genetic changes as quickly and cost-effectively as possible.
Their work at JLABS will include creating a database of genetic variants as a way to help clinicians better diagnose hereditary cancers related to specific genes. One of the most intriguing aspects of current gene therapy research is the possibility of modifying cancerous cells in the body to kill the cancer itself.
Ranomics is able to provide substantial evidence on the variations of the genes they get to test and can provide information on ones that haven’t been researched or used in a clinical setting.
Last year the company raised 1.6 million from an undisclosed investor for their platform.
As reported by BetaKit, the founder of Ranomics Cathy Tie said the biggest problem facing the testing process of hereditary diseases is the inconclusiveness in it, over 60 percent of them don’t have a real resolution.
“This is due to newly identified genetic variants in the patient that have no clinical or medical precedence, leading to mis-or-non-diagnosis and compromising patient care,” Tie told the online publication.

According to JLABS, ZOETIC is developing an antigen-specific immune tolerance induction technology, which will target “unwanted immune responses” that come from therapeutic biologics, autoimmune diseases and AAV mediated gene therapy. Thanks to their tech, the company may be able to improve the success rate of gene therapy.
ZOETICS’ gene therapy division is trying to expand the current limitations of gene therapy. The company claims patients present an immune response to the vector transporting the gene therapy itself, “which prevents the delivery of the normal genes to the cell.”
In 2016, the company announced it holds the exclusive rights to the proprietary phospholipid nanoparticles from Dr. Sathy Balu-Iyer, professor of pharmaceuticals sciences for the University at Buffalo.
This discovery was tested in a 2015 study and showed promising results according to ZOETIC, which will seek to commercialize the product with biopharmaceutical companies currently marketing products in the hemophilia community.

This announcement and the possibility of a breakthrough development in the genetic research area from one of these companies shows the commitment to this type of research, despite the hype period for this work having shown low returns.
Don’t forget to follow us @INN_LifeScience for real-time news updates.
Securities Disclosure: I, Bryan Mc Govern, hold no direct investment interest in any company mentioned in this article.