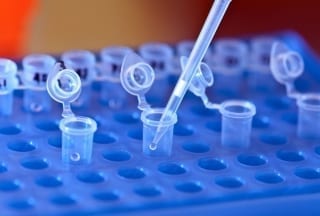 Editas Medicine and Audentes Therapeutics both filed for initial public offerings on January 4, 2016.

With the new year comes new opportunity. That at least seems to be the case for two gene-focused biotech companies that filed for initial public offerings (IPOs) on 2016’s first day of trading.
The companies in question are gene-editing company Editas Medicine and Audentes Therapeutics, a gene-therapy company.

Backed by both Bill Gates and Google Ventures, Editas Medicine hopes to be the first gene-editing company on the market.
The company, which has expertise in CRISPR’s gene-editing technologies, filed for an IPO on January 4, with an initial size of $100 million. However, according to Bloomberg, that amount is merely a placeholder and will likely be exceeded. Indeed, to date the company has raised at least $120 million in private funding and is affiliated with several healthcare venture capital firms.


Give me my free report!
Speaking about the prospects for investing in biotech companies, Ashwin Murali, an analyst at Matrix Capital Management, has noted that it’s “a time of great variability and uncertainty in the biotech markets as a whole.” More specifically, “it is a time when gene therapy is highly hyped and valued.”
With that in mind, the timing of Editas’ foray into the market could not be better. That said, the company’s path may not be entirely smooth. Murali has also cautioned that “the challenge for [Editas] will be to find public investors willing to wait the two years estimated before its therapies are ready to start human clinical trials.”
Still, “the logic on Editas’s part is to capitalize on the very, very good publicity around gene therapy and, specifically, CRISPR.”
Editas does not contemplate advancing to the clinical trial phase before 2017. The company plans to use roughly $15 to $20 million of IPO proceeds to fund preclinical studies and clinical trials of its lead program in Leber congenital amaurosis. It has also allocated as much as $22 million for use in preclinical studies in its collaboration with Juno Therapeutics (NASDAQ:JUNO), a cancer therapy developer.

Three-year-old San Francisco-based biotech company Audentes Therapeutics also announced an IPO on January 4, and is looking to raise up to $86 million.
The company is focused on the development and commercialization of treatments for people with serious rare diseases caused by single-gene defects. Gene therapy, as the company explains, is a form of treatment involving the administration of genetic material to patients in order to provide a clinical benefit. The technology is designed to “restore the presence of normal proteins to treat a patient’s disease.”
Audentes filed its IPO plan in November 2015, one short month after raising $65 million in a Series C round of financing from new crossover investors and existing venture capital backers.
The company is currently working on a treatment for myotubular myopathy that is called AT-132. Myotubular myopathy is a degenerative muscle condition that affects males almost exclusively and kills one in every 50,000 newborns by the time they reach age two. Audentes expects to file an investigational new drug application with the US Food and Drug Administration later in 2016, and will also start a Phase I/II clinical trial.

During the second half of 2015, the biotech market saw a reduced number of IPOs, with no IPOs priced in December. However, according to Bloomberg, the first half of the year brought a total of $4.27 billion in IPOs, with 53 companies across the biotech, pharmaceutical and healthcare sectors coming to the market.
As a result, in 2016 “investors will be watching the IPO market.” Already, alongside Editas and Audentes, four more health sciences companies, including two other biotech companies — cancer drugmaker Corvus Pharmaceuticals and health software company Tabula Rasa HealthCare — have filed for IPOs in 2016.
The companies will come to market just as JPMorgan’s (NYSE:JPM) 34th Annual Health Care Conference begins in San Francisco. It will take place from January 11 to 14.

One response to “Two Gene-focused Biotech Companies File for IPOs”