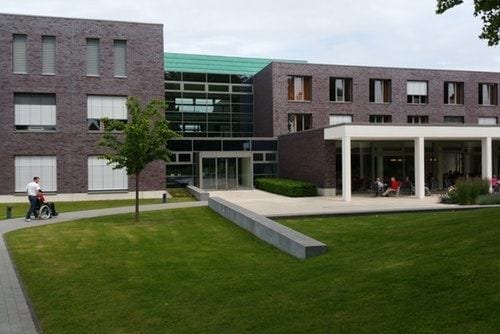 The drug, AXO-Lenti-PD, was well tolerated and the patient was able to leave the hospital as expected with no side effects from the surgery.

On Thursday (October 25), Axovant Sciences (NASDAQ:AXON) announced has dosed its first patient in its Phase 1/2 dose escalation study of its gene therapy for a Parkinson’s disease (PD) treatment.

The drug, AXO-Lenti-PD, was well-tolerated and the patient was able to leave the hospital as expected with no side effects from the surgery. This study for the drug is monitoring safety and tolerability of the drug and will monitor the patient’s movement skills.

From one dose, the gene therapy drug targets three key enzymes for dopamine production. Research has proved it can provide years of benefits for patients with PD. Through an MRI-guided administration, the drug is delivered to the part of the brain that is depleted of dopamine for PD patients.

All three genes are what is necessary for the brain to produce dopamine in the part of the brain that is deficient in PD patients. Research on the disease has focused on the dopamine production for about 50 years, he said.

This is what contributes to the multitude of movement disorders among other side effects for PD. About 60,000 Americans are diagnosed with PD each year, according to The Parkinson’s Foundation.

Axovant licensed this drug from Oxford BioMedica in June. Axovant is information from the previous trial Oxford Biomedica conducted as a base for knowledge in its current trial. The previous ProSavin trial showed improvement for PD’s movement symptoms for up to six years, Cheruvu said. These improvements were aligned with the single dose of the drug.

The current standard of treatment for PD is an oral treatment called Levodopa. Though the drug improves some symptoms, at high and continued doses it can lead to psychosis and further movement complications.

As mentioned, Axovant’s drug candidate is administered through a neurosurgical procedure to the specific part of the brain. This is a relatively “routine” surgery in terms of neurosurgical, Cheruvu said. Patients can be discharged within days.

“The lentiviral vector is a kind of packaging system,” he said. It puts the three necessary enzymes into the single drug, which are critical for dopamine biosynthesis. For other treatment approaches, Cheruvu said only a subset of these targets are met. Eventually patients are able to come off of the Levodopa.

The study is currently focusing advanced PD patients, but may be a treatment for less severe patients in the future.

As the first patient has been dosed, the company has to wait 28 days and decide with the Data Monitoring Committee (DMC) if it can proceed. After another patient is dosed, and the company will wait through another period until dosing more patients.

“We have no expectations that recruiting patients will be an issue at all,” Cheruvu said. “Our goal is to get through the dose escalation of Part A of our study as rapidly as we can.”

The current clinical study sites are in the UK and France, which are the same sites the previous trial took place in. “There’s a great continuity of knowledge from investigators,” Cheruvu said

In terms of Part B of the study, more patients will be involved with the use of a sham — which is similar to placebo controlled in non-surgical trials. The second part will also open up to trial sites in the US.

Cheruvu added the company has recently gone through an overhaul of staff to reflect its gene therapy focus for debilitating neurological and neuromuscular diseases. Manufacturing is also GMP manufacturing abilities. This sets the company up for “success in the long run, for a scalable commercial system,” he said.

The company expects to release continued data throughout the calendar year of 2019 and has confirmed to release data from the first cohort in the first half of 2019.

Over Thursday’s trading period, Axovant’s share price increased just over two percent to close at US$2.02.

TipRanks shows the company has mixed analyst ratings over the last five months. Four analysts have issued a “Hold” position on the company whereas one has a “Buy” position. Price targets venture from US$2.50 to a high of US$7.

As a reminder, investors can expect to hear about data from the first cohort from this trial in the first half of 2019. Cheruvu said the company also plans to initiate the first clinical study for AXO-AAV-OPMD in 2019 for a rare disease, oculopharyngeal muscular dystrophy (OPMD).

The company is also actively looking for additional gene therapy assets in its focus for drugs that are ready for clinical studies or active in clinical stage in the next 12 months.

One response to “Axovant Doses First Patient in Parkinson’s Trial”