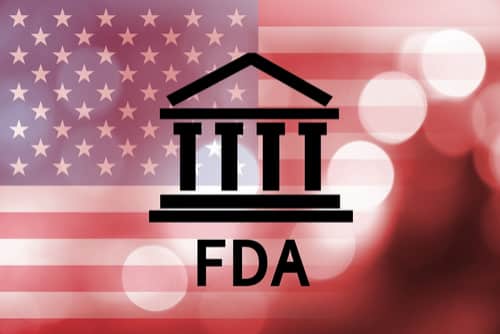 The company’s share price dropped as much as 10 percent in midday trading on Thursday. It closed at US$132.98.

Shares of Sarepta Therapeutics (NASDAQ:SRPT) dipped on Thursday (August 8) following a report — which the company claims was sent to the US Food and Drug Administration (FDA) in error — that a child in its gene therapy study was hospitalized earlier this year.

In the press release, Sarepta Therapeutics says that the report submission to the FDA’s adverse event reporting system (FAERS) was not done by the principal investigator of the study nor one of its employees.

As a result, the company’s share price took a tumble on Thursday, dipping as much as 10 percent in midday trading to US$120.41. Overall, Sarepta’s share price dropped 6.52 percent over the course of the one-day trading period to close the session at US$132.98.

Sarepta explained that the case reported was based off its study SRP-9001-102, which evaluated the company’s micro-dystrophin gene therapy drug in Duchenne muscular dystrophy (DMD). According to the release, rhabdomyolysis was discovered in one of the study’s patients.

Rhabdomyolysis is the result of a muscle injury— either directly or indirectly — and is caused by decaying muscle fibers being released into the bloodstream. This can then lead to complications such as kidney failure.

“Rhabdomyolysis is a commonly understood risk associated with (DMD),” the company said in its release.

Sarepta Therapeutics claims that, while the affected patient exhibited dark urine and an increase in phosphokinase post-infusion two weeks later, the patient was hospitalized only for observation and was released when the results came back baseline.

According to ClinicalTrials.gov, the company’s SRP-9001-102 study began on December 22, 2018, and has an estimated 24 patient enrollment. The trial is projected to end on December 31, 2021, and intends to evaluate the safety and efficacy of the exogenous gene transfer in patients with DMD in two parts: a 48-week randomized, double-blind placebo controlled segment and a 96-week double-blind extension phase.

DMD is a genetic condition that causes muscle weakness in addition to the decay of muscles. Symptoms usually begin between the ages of three to five in children and targets areas such as legs, thighs, arms and shoulders.

On the heels of Sarepta Therapeutics’ announcement on Thursday was the company speaking on the success of its gene therapy program.

In a conference call with investors following the release of its Q2 2019 financial results on Wednesday (August 7), Doug Ingram, president and CEO of Sarepta, said patient dosing in this trial earlier this year was a “remarkable feat” for the company.

“As we entered 2019, we appeared to be in the lead but with two other credible companies advancing microdystrophin programs as well,” Ingram said. “Unfortunately for those programs and more profoundly unfortunately for patients, initial results for both of those programs have been disappointing in terms of both safety signals and resulting expression levels.”

In the company’s financial results, Ingram claimed the company is in a “privileged leadership position” in 2019 both in terms of the growth of external programs and the company’s execution of these trials.

“We have much to do in the second half of 2019, and we intend to perform with the same level of attention to detail and urgency as has become our reputation,” he said.

One response to “Sarepta Dips on “Erroneous” Report to FDA”