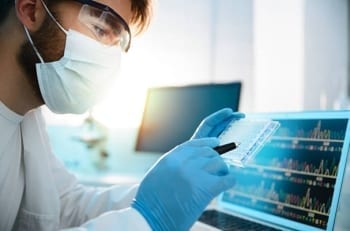 An EY market report indicates that the biotech industry sees growth this year in the face of political uncertainty and a pull back from capital markets.

In the face of political uncertainty and a pull back from capital markets, biotech companies continued growth in new treatments and have overall had a positive year so far, according to a new EY report.
The report highlights net income for the sector went down 52 percent to $7.9 billion in 2016, while revenue growth for public companies failed to reach double digits for the first time in two years.
“So far in 2017 it has enjoyed a bounce in tune with the broader market, and the lure of tax reform and continued consolidation has helped to buoy the sector… The first quarter of 2017 saw industry numbers rebound to healthier levels, suggesting 2016’s ebb isn’t overly concerning, the report stated.
That said, despite the industry’s adversity Glen Giovannetti, Global Biotechnology leader with EY, said the market still showed “notable resiliency.”
“[T]he ability of early-stage biotechs to attract sizeable amounts of venture capital coupled with a record level of investment in R&D show that the industry is still poised for growth,” Giovannetti said in the report.

US president Donald Trump has threatened to reduce spending for medical research in the country while requesting for a faster approval process from the US Food and Drug Administration which oversees products from the biotech sector.
Similarly, the UK’s Brexit vote has been instrumental towards the uncertainty the industry faces.
“Moving the European Medicines Agency out of London to somewhere in, well, Europe, is only the bricks-and-mortar embodiment of what could result in regulatory disarray,” the report states.
Giovannetti indicated the industry is seeing a major shift as it adapts from being a “clinical science supported by data to a data-driven science supported by clinicians.”
He added due to this evolution, biotech companies will have to adapt and integrate emerging technologies and changes to the regular business model in order to maintain the success.
In terms of revenue, the report found that the US and Europe combined for $139.4 billion in 2016, a 7 percent increase from the previous year. However, actual net income dropped to $7.9 billion, the first decline in four years.
Despite the decrease, investment remains strong in the industry with venture investing totaling $3.6 billion– an increase from the average of the previous 15 years, which was $1.3 billion.

The role of China in the industry

The report also states that China is establishing itself in the biotech market is also a worthy source of capital.
“These companies are also exploring additional sources of innovation capital – cash raised by biotechs with revenues of less than $500m,” a summary of the report read.
China, in combination with the UK, raised over $1 billion for innovation capital.
Pamela Spence, another Global Biotechnology leader with EY, said biotech companies need to adapt to the demanding new needs of the industry like incorporating digital and artificial intelligence technologies into their traditional drug target selection.
“[T]he payer-driven slowdown in revenue growth industry-wide provides further evidence of the need for companies to accelerate their shift in business models to fee-for-value from fee-for-service,” Spence said.
Spence added that the transformation process for this company will determine their future success and the ability to form “data-focused” partnerships with the newest players in the health care space: digital technology companies.

This report offers sound questions for companies in the biotech sector about their future growth amid the uncertainty and upcoming changes. As such, the information would best serve an investor looking to make sure a company’s longer play in the sector would provide actual returns.
The report also points to the resilience of the industry in the face of adversity. While not in a direct clash as the pharmaceutical sector, biotech has seen growth this year and could begin to see a direct boost from a market like China.
Don’t forget to follow us @INN_LifeScience for real-time news updates!
Securities Disclosure: I, Bryan Mc Govern, hold no direct investment interest in any company mentioned in this article.