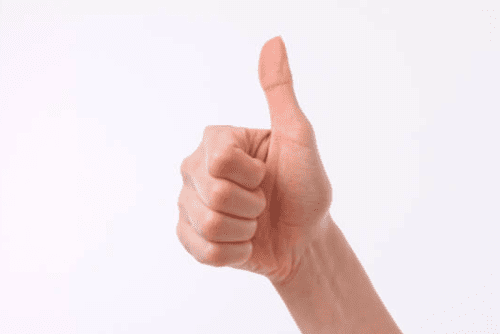 Collaborations are allow companies sharing scientific integrity to build their pipelines without giving away the rights to their products.

Collaborations are positive endeavors for companies sharing scientific integrity to build their pipelines without giving away the rights to their products. In short, partnerships bring out a company’s strength and which can result in a profit for both companies.

On Tuesday (April 24), a collaboration expansion between Immunovaccine (TSX:IMV) and Incyte (NASDAQ:INCY) was announced, which will allow for a Phase 2 component for Immunovaccine’s ongoing Phase 1b combination study evaluating the safety and efficacy of DXP-Survivac, Immunovaccine’s lead product candidate.

The candidate is being tested for advanced recurrent ovarian cancer in connection with IDO1 enzyme inhibitor epacadostat and low dose cyclophosphamide. The goal of this portion of the trial is to evaluate the clinical contribution of each investigational drug in the combination regime.

“We believe that these results further support the hypothesis that the unique mechanism of action underscoring our T cell activation technology can trigger tumor regressions, even in patients who typically don’t respond well to current monotherapies,” Frederic Ors, CEO of Immunovaccine said in the release. “We are pleased to expand our collaboration with Incyte, and build on the initial demonstration of this combination in ovarian cancer.”

This addition to the partnership will be conducted under an amendment to the existing collaboration, both companies are co-funding the trial.

The companies reported the positive topline data from the Phase 1b portion of the study in December 2017, showing the combination of 100 mg of epacadostat, with DPX-Survivac and low dose cyclophosphamide showing a 70 percent disease control rate. Three out of the 10 patients experienced partial responses in tumor regression and demonstrated safety profile.

DPX-Survivac is a survivin-based peptide antigens formulated with Immunovaccine’s immune-activating delivery technology. It was developed to evoke cytotoxic T cell immune response against cells showing survivin peptides. The company has identified over 15 cancer indications that over-express survivin and can be targeted by DPX-Survivin.

Immunovaccine is working on making immunotherapy more effective and applicable for cancer patients along with other diseases. Aside from the lead candidate, the company is exploring working on developing DPX-RSV as a respiratory syncytial virus which has recently completed its Phase 1 clinical trial.

Incyte is focused on proprietary therapeutics and has already developed its first commercial product Jakafi, which is approved in the US for intermediate or high-risk myelofibrosis patients. The company has a growing pipeline including small and large molecules.

Following Tuesday’s announcement, Immunovaccine’s share price decreased 3.28 percent to close at C$1.78. Despite the volatile share price over a five-day period, it is on an overall increase in the last 52-weeks. As the company’s flagship product gets closer to regulatory approval, the increase may continue.

Shares of Incyte have also decreased on Tuesday with an 8.50 percent dip to $62.35. The decrease was likely a result from to the FDA making a negative recommendation on Monday (April 23) against the company’s Baricitinib 4mg—but had a positive opinion on the 2mg option of the candidate.

For Incyte, Raymond James analyst Reni Benjamin reiterated a “buy” rating to investors, while yesterday Oppenheimer analyst Jay Olson maintained a “hold” rating in a note to investors. “We see this [FDA] vote as an unfavorable outcome since we expect only the 2mg dose to be approved by the FDA in the near term, thus limited the competitive advantage and U.S. commercial potential of baricitinib,” Olson said.

Looking ahead, investors can look forward to the latter first half of 2018 when both companies release Phase 1b clinical program updates.