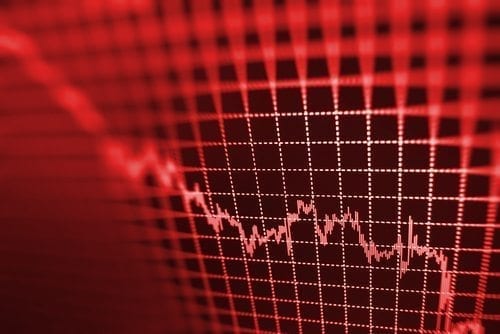 Geron and Johnson & Johnson’s subsidiary, Janssen Biotech, have terminated their partnership on development of a drug for two different blood disorders.

Geron (NASDAQ:GERN) and Johnson & Johnson’s (NYSE:JNJ) subsidiary, Janssen Biotech, have announced they have terminated their partnership on development of a drug for blood disorders, Geron announced on Thursday (September 27).

The companies were initially collaborating on a drug, imetelstat, for two blood disorders, myelodysplastic syndromes (MDS) and myelofibrosis.

As of Friday (September 28), Geron will be responsible for all future developments of imetelstat, including the two ongoing trials, IMerge for MDS and IMbark for myelofibrosis.Both trials are currently in Phase 2.

Ending the agreement also means Geron will regain all global rights for its drug, whereas sales and other payments would have been shared with Janssen before.

Dr. John Scarlett, CEO of Geron, said in a conference call with investors on Thursday that Janssen made the decision to exit the partnership based on conducting an initial data review for one of the trials. Janssen conducted this review early to release data from both trials at the same time, however it didn’t allow sufficient time to assess the 24-week data for the IMerge trial.

Geron’s management team is confident that its drug has the potential to be offered as a “much needed alternative” for MDS patients, Scarlett said. There is also the potential for Geron’s drug to be offered before other current treatments, such as hypomethylating agent (HMA) or lenalidomide, he said.

Less than half of the patients enrolled in the first Phase 2 portion of the IMerge study had not received other treatments (HMA or lenalidomide) and did not have a del(5q) chromosomal abnormality.

For IMerge’s expanded Phase 2 study, the company shared the eight week blood transfusion independence rate was 37 percent for imetelstat. This rate is improved over the other current treatments, with lenalidomide at 27 percent and HMA 17 percent for the same eight week period.

In response to the positive trial data Geron will initiate a Phase 3 clinical trial for IMerge starting mid-2019. Olivia Bloom, CFO of Geron, confirmed in the conference call the company’s cash position was US$183 million on August 31, 2018 and is sufficient to fund the initiation of this Phase 3 trial.

Myelofibrosis patients have a buildup of scar tissue where blood cells are produced. which causes a shortage in normal blood cells. Similar to MDS, other symptoms are extreme tiredness from anemia, according to Genetics Home Reference. The IMbark trial for myelofibrosis had a symptom response rate of 32 percent and a spleen response rate of 10 percent.

Janssen previously submitted results from both Phase 2 trials in presentations at the 60th Annual Meeting of the American Society of Hematology. If these abstracts are accepted, Geron plans to submit more advanced data from the extension trial for the presentation.

The conference call also highlighted Geron will be responsible for funding all steps of the trial including retrieving data from Janssen, which is expected to take about a year to complete. Janssen will also manufacture the drug for two years for Geron.

Imetelstat is a first-in-class telomerase inhibitor, which may modify blood disease activity by suppressing progenitor cell clone rapidly being copied. The drug has received fast track designation from the US Food and Drug Administration (FDA) to treat patients with transfusion-dependent anemia from the blood diseases.

The drug is currently the company’s only drug in development. While Geron didn’t confirm its searching for another licensor to help with commercialization, Scarlett did mention on the call the company doesn’t intend to commercialize in Europe alone.

While Geron is positive about developing the drug on its own, that sentiment hasn’t reflected in its share price. Following the announcement, the company’s stock price decreased 63 percent from its previous close on Wednesday (September 27) US$6.23 to US$2.31 at market close on Thursday.

For investors interested in hearing more information from Geron the company will release more news about the IMerge clinical trial, which is expected to begin mid-2019. The company will also release a financial outlook for the year, which may affect the Phase 3 trial.