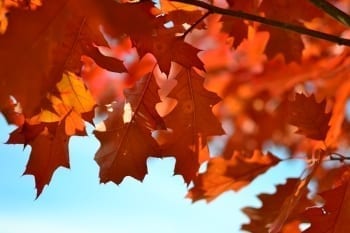 Canadian venture capital company Quark and a Chinese investment bank, GF Securities, announced on October 17, 2016 that they have joined forces to create a US$500 million venture fund based out of Vancouver, BC.

When you think biotech, the San Francisco Bay Area likely comes to mind. But other regions are fast becoming innovation hubs in the sector, including Vancouver, BC, where companies like Arbutus Biopharma (NASDAQ:ABUS, TSX:TKMO) and bioMmune Technologies (TSXV:IMU) are headquartered. Now, the city has another claim to fame: it’s home to a brand new biotech venture fund.
Canadian venture capital company Quark and a Chinese investment bank, GF Securities, announced on October 17, 2016 that they have joined forces to create a US$500 million venture fund. Although its portfolio will include biotech, medical device and pharmaceutical companies from across the globe, the fund itself will be based out of Vancouver, BC.
“The decision to make Vancouver the headquarters … validates Canadian innovation, the strength of the life science industry here and the quality of its technologies,” Quark CEO Karimah Es Sabar said in a press release.
“We anticipate that internationally competitive Canadian companies will do well having a fund of this size and caliber at their doorstep and we believe such a fund will energize the sector and be a magnet for further capital.”


Give me my free report!
Andrew Casey, President and CEO of BIOTECanada, agrees. “Canada is home to hundreds of small, pre-commercial biotechnology companies that are at various stages of innovation commercialization,” he told Life Science Investing News. “However, moving an innovative idea from the lab to commercial viability requires significant and specialized investment capital.”
“The establishment of Quark Ventures in Vancouver is a very welcome addition to the Canadian biotech ecosystem,” he explained, “as it will significantly enrich the investment capital pool in this country and ultimately lead to greater commercial success for Canadian biotech innovation in a global context.”
The announcement follows on the heels of another Canadian investment from Quark: the company recently put US$30 million into Methylation Sciences, a private pharmaceutical manufacturer also based in Vancouver.
The new fund, which has already invested US$100 million into various health science companies, is the largest of its type in the country. It’s further evidence of the nation’s growing biotechnology sector: in fact, BIOTECanada suggests the true north strong and free could become one of the world’s top three bioeconomies by 2025.
Don’t forget to follow us @INN_LifeScience for real-time news updates.
Securities Disclosure: I, Chelsea Pratt, hold no direct investment interest in any company mentioned in this article.