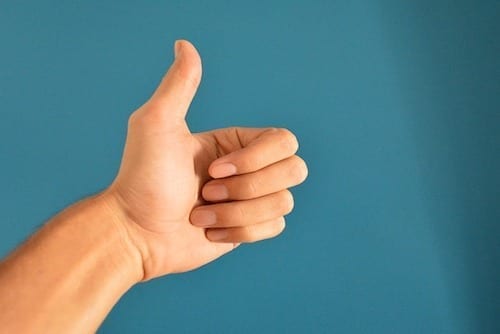 Some rare diseases may have once been a death sentence, but pharmaceutical and biotechnology companies can benefit from focusing on these niche illnesses — especially when numerous indications are possible for one drug.

On Monday (September 17), Argenx (NASDAQ:ARGX) released positive clinical trial data from its proof-of-concept trial for its rare disease drug, efgartigimoid (ARGX-113). The drug is in development as a treatment for primary immune thrombocytopenia (ITP) in adult patients.

In the release, the company also announced a fourth rare disease indication for the drug, chronic inflammatory demyelinating polyneuropathy (CIDP)

In addition to the new indication, the company found the results were strong enough to move the initial rare disease program into to Phase 3 development.

“The need for new modalities in immune thrombocytopenia (ITP) is an urgent one as patients remain insufficiently managed despite several approved therapies,” Dr. Adrian Newland, principal investigator on the trial, said in the press release.

Findings from the trial were consistent with the Phase 1 clinical trial of the drug and Phase 2 proof-of-concept trial for generalized myasthenia gravis (gMG).

Aside from meeting safety and tolerability objectives, the Phase 2 trial showed to improve a key area of focus for the disease, including platelet count. The drug was given through an IV in 5mg/kg or 10mg/kg doses per patient. The original platelet count of patients in the trial was above 30×109/L.

This improvement was consistent among patients who were newly diagnosed, persistent and had chronic ITP. All side effects in the trial were unassociated with the drug.

It took patients from a range between week one and week 10 to meet the below 50×109/L range of platelet count.

All patients treated with Argenx’s drug had a reduction in IgG levels which destroys the platelet producing cells in the bone marrow and blood platelets.

While the company plans to move forward with a Phase 3 trial for the drug, it will also initiate another Phase 2 trial in ITP to measure the drug’s safety and tolerability in an under-the-skin formula of the same drug.

The Phase 2 trial for CIDP will be initiated in the first half of 2019.

ITP, the first rare disease the trial is researching, affects roughly 55,000 patients in the US. In patients with ITP, pathogenic IgGs destroy platelet producing cells, which is important in blood clotting and healing. IgGs also prevents platelet production, which kills platelets and the ability to clot.

CIDP, the trial’s second rare disease, is an autoimmune disorder which affects around 16,000 patients in the US. For patients with the disease, the myelin sheath is destroyed, which protects fats and proteins that wrap on nerve cells. This eventually leads to sensory and motor function loss, which causes imbalances, pain and weakness.

Aside from t efgartigimod,and its said indications, Argenxis researching and developing other antibody-based therapies to treat severe auto-immune diseases and cancer. Other candidates in development have targeted indications for T-cell lymphoma, acute myeloid leukemia, solid tumors and more.

Over the trading period on Monday, investors haven’t shown much excitement for this news; as of market close on Monday, shares of Argenx had a slight 0.011 percent decrease to US$93.77.

TipRanks shows two analysts have issued notes to investors following the news. Both reiterated a “Buy” rating with a price targets of US$150 and over.

This leaves investors interested in the company with the option to follow upcoming news about the Phase 2 trials and the Phase 3 trial initiations in the future.