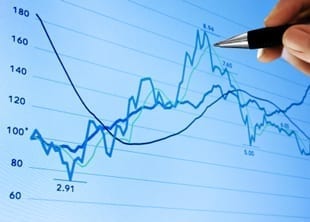 The companies on our round-up have an assortment of focuses, making up a well-rounded list of pharmaceutical and biotech stocks for investors.

On that note, the top five biotech stocks to make the most gains last week include:

Here’s a closer look at those companies to see what moved their share prices.

Top on the list last week was Second Sight with an increase of 32 percent and a share price of $0.95.

In the company’s Q4 and 2017 financial report it announced net sales of $8 million for 2017, which doubled from 2016. Growth was mainly driven by the company’s Argue II implants.

Will McGuire, CEO of Second Sight said, “[w]e expanded our reach into new markets around the world and established a solid funnel of candidates interested in our technology through our proactive U.S. patient outreach efforts. And we recently delivered on our most ambitious goal — implanting and activating the first-in-human subject in the Orion feasibility study.”

Juniper is second on our list with an increase of 25 percent, pushing the company’s share price to $12.40 over last week’s trading period.

Aside from pharmaceuticals, Juniper is a diversified healthcare company with a focus on Crinone — a progesterone gel — franchise and fee-for-service pharmaceutical developer and manufacturer.

On March 8, the company released its Q4 and 2017 financial report with a 20-percent increase in Crinone revenue sales. Its pharma services revenue increased 32 percent from 2016. “Our continued investment in JPS and solid performance in the CRINONE business resulted in significant annual revenue growth and allowed us to exceed our financial guidance for 2017,” said Alicia Secor. “We successfully secured an extension of the CRINONE supply agreement with Merck, KGaA.”

Roth Capital analyst Yasmeen Rahimi doubled the price target for the company to $24, reiterating a “buy” rating and attributing it to “continued confidence in growth for Crinone.”

Also on our top stem cell companies list, Athersys is a biopharmaceutical company focused on its MultiStem programs. These stem cell products were developed to treat multiple diseases and conditions, such as inflammatory bowel disease, congestive heart failure and ischemic stroke among others.

Its share price likely rose from a new collaboration intent announced last Tuesday (March 13) with Japan-based Healios. “This is a significant opportunity for both Healios and Athersys,” commented Dr. Gil Van Bokkelen, CEO of Athersys.

With an overall increase to its share price of 19.61 percent to $1.84, when the collaboration is approved the share price may increase further.

Aptose is a clinical-stage biopharmaceutical company focused on developing personalized medicines for unmet needs in oncology. In the company’s pipeline hoping to develop oncology therapies without overlapping toxicities—negative side effects.

Although this is the only company on the list this week which hasn’t published it’s Q4 and 2017 financial results, the company did announce an license agreement for an oncology program with the private-company OHM oncology. “We are pleased to formalize a new phase of our partnership with OHM Oncology, which originated in late 2015 from the work performed by its R&D partner LAXAI Life Sciences (LAXAI) on a discovery stage program,” said William G. Rice, Ph.D., Chairman, President and CEO.

This past trading week the company’s share prices increased 19.55 percent to $3.71.

The biopharmaceutical company, ArQule is working on R&D and development for cancers and rare diseases. With five drug candidates in it’s pipeline, all are small molecules for targeted therapy.

ArQule also released it’s Q4 and 2017 financial report recently, showing the company had nearly a $1 million decrease in net loss. The company also intends to present data from three clinical trials within the year. “2018 has the prospect of being a pivotal year for ArQule as we see a complete data set from the phase 1a trial of our BTK inhibitor, ARQ 531, launch a registrational program in Proteus syndrome, and explore emerging late-stage opportunities in oncology with our AKT program,” said Paolo Pucci, CEO of ArQule in the press release.

The company is last on the list with share price of $2.27, which increased 16.85 percent over the past trading week.

Data for 5 Top NASDAQ Stocks articles is retrieved Friday at 1:30 p.m. EST through The Globe and Mail’s market data filter. Only companies with a market capitalization greater than $50 million and lower than $500 million prior to the week’s gains are included. Companies within the biotechnology and pharmaceutical sectors are considered.

**This article is updated weekly, scroll to the top for the most recent information**

The companies on our roundup list week are from an assortment of focuses, making up a well-rounded list of biotech stocks for investors.

On that note, the top 5 biotech stocks to make the most gains last week include:

Here’s a closer look at those companies to see what moved their share prices.

A dramatic increase of 57.34 percent increase in its share price to put it at $0.81 over lastweek’s trading period has landed Curis on the top of our list this week.

Curis is a biotechnology company working on developing and commercializing therapeutics to treat cancer. The company’s lead drug candidate, CUDC-907,  is in clinical trials for lymphomas and solid tumours.

On Thursday (March 8), the company released its Q4 and full-year 2017 financial report, highlighting a $2.4 million increase in revenue year over year, and $7.1 million dollar decrease in net loss. Canaccord Genuity analyst Jason Mills reiterated a “buy” rating with a price target of $28.00. “We think if management simply executes within the guiderails of its guidance for 2018, it will set the stage for accelerating revenue growth and gross/operating margin expansion in 2019 and 2020,” Mills said in an article.

This speciality sports medicine and severe burn care company markets two cell therapy products in the US. Maci and Epicel is to repair multiple full-thickness cartilage defects of the knee for adults and a permanent skin replacement for patients with severe burns, respectively.

Over last week’s trading period, shares of Vericel increased by 33.83 percent to $11.43 at the time of this writing.

The spiked interest in the company may have been from the release of its Q4 and full year 2017 financial report, which highlighted total net revenue from Q4 year-over-year increased by 41 percent to $23.4 million from $16.5 million.

Middle of the pack is GTX, whose share price still had a strong increase of 30.2 percent to reach $21.83 as at the time of writing.

Another biopharmaceutical company, GTx is working on developing therapies for unmet medical conditionals including stress urinary incontinence (SUI) and prostate cancer. The company opened the week on Monday (March 5) with an announcement about a positive Phase 2 clinical trial with enobosarm for postmenopausal women with SUI, which may have been what raised GTx’s share price.

Stifel analyst Adam Walsh said in an article this new trial information “stole the show” at the conference where it was first announced. Walsh reiterated his “buy” rating and raised his price target to $45.

Another strong increase, Durect’s share price increased by 26.43 percent over last week’s trading period to reach $1.83 as of the time of writing this article.

This biopharmaceutical company is developing therapies based on its Epigenetics Regulator program and drug delivery platforms. DUR-928 is the company’s lead candidate in it’s Phase 2 of development. For the full year 2017, the company’s total revenue was $49.2 million compared to $14 million in 2016, which may have caught the attention of invvestors.

Closing out our list is Galectin, whose shares increased by 17.19 percent to reach $5.00 as at the time of this writing.

Developing therapies for patients with chronic liver, skin diseases and cancer is Galectin’s main focus. Its lead drug is Galectin-3 protein involved in inflammatory, fibrotic and malignant diseases. The lead development program is in non-alcoholic steatohepatitis (NASH) with cirrhosis, which is the most common liver disease—with a large development opportunity.

Without much recent news from the company—except an announcement to present at the BIO CEO & Investor Conference—it’s hard to say what has been driving the company’s share price up.

Data for 5 Top NASDAQ Stocks articles is retrieved Friday at 1:30 p.m. EST through The Globe and Mail’s market data filter. Only companies with a market capitalization greater than $50 million and lower than $500 million prior to the week’s gains are included. Companies within the biotechnology and pharmaceutical sectors are considered.