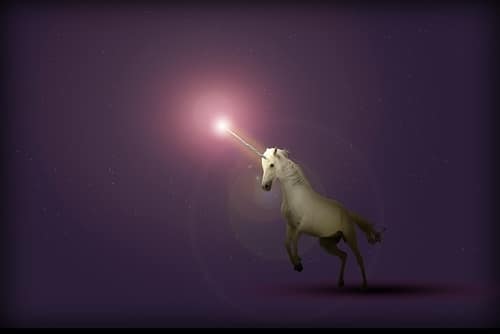 Prior to its launch on the NASDAQ, 10X Genomics reached unicorn status in January after a US$35 million series D round of funding.

In the days following its launch on the public markets, 10x Genomics (NASDAQ:TXG) announced on Monday (September 16) that it had officially closed its initial public offering (IPO) with aggregate gross proceeds totalling US$448.5 million.

Founded in 2012, 10x Genomics is a single-cell sequencing company that reached unicorn status at the beginning of the year thanks to a series D round of financing worth US$35 million. Unicorns are private companies that reach a valuation worth more than US$1 billion.

According to CB Insights, shares of the company opened on the NASDAQ at US$39 each. As of market close on Tuesday (September 17), the company’s share price was US$56.78; it reached a market capitalization of US$1.1 billion. After hours trading bumped the share price up to US$57 as of 4:34 p.m. EDT.

In its filing with the US Securities and Exchange Commission (SEC), the company reported revenue of US$109.4 million for the six month period ended June 30, 2019, which is an 85 percent increase from the same period in 2018. The company’s total revenues stood at US$146 million for the entirety of last year.

10x Genomics’ launch on the public markets comes in the midst of a legal battle with Bio-Rad Laboratories (NYSE:BIO), a life science research and clinical diagnostics company. According to a press release issued by Bio-Rad on September 11, it is suing 10x Genomics over a patent infringement in the US District Court for the District in Delaware.

Bio-Rad alleges 10x Genomics breaches one of its licensed patents from Harvard University and the Medical Research Council, which includes detection techniques for enzymatic reactions in microfluidic drops. Bio-Rad claims 10x Genomics encroaches on the patent through its Next GEM products.

This isn’t the only lawsuit filed against 10x Genomics from Bio-Rad. In fact, it is the third one against the newly public company and second directly related to 10x Genomics’ Next GEM product line.

Late last year, it was concluded that 10x Genomics infringed on patents licensed from the University of Chicago to Bio-Rad in damages totaling US$23.9 million while in August Bio-Rad was designated an additional US$10.5 million.

In its SEC filing, 10x Genomics said that, as a result of Bio-Rad’s lawsuits, 10x has worked to design and manufacture new microfluidic chips that are different from its GEM products. The company anticipates that by the end of the third quarter of this year, all of its chromium instruments will operate and sell solely with its Next GEM product. 10x Genomics also claims all chromium-related products using its Next GEM microfluidic chips will result in all of its chromium sales by the end of next year.

Moving forward, the company said in its SEC prospectus that patent infringements could still result as it enters new markets and reveals new products. However, 10x Genomics says that how successful a company it will be comes down to its capabilities in defending itself and the validity of its products.

Overall, the genomics market is gaining significant traction. According to Market and Markets, the sector is projected to reach US$35.7 billion by 2024, up from US$18.9 billion in 2019 and growing at a compound annual growth rate of 13.5 percent during that time.