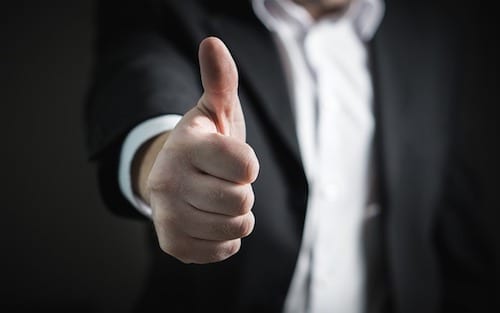 Last Thursday (June 28), a medical cannabis company with business in the US and Canada received a rating and one-year price predictions from one of the leading cannabis banking firms.

Canaccord Genuity started its coverage of Sunniva (CSE:SNN) off by slapping the company with a “Speculative Buy” rating on its stock and a one year price target of C$7.80. Sunniva’s previous closing price on Tuesday (July 3) was C$8.10.

Sunniva owns a late stage applicant to legally grow medical cannabis in Canada, with the plans to develop a 700,000 square feet greenhouse facility–the Sunniva Canada Campus– with a target production of 100,000 kilograms of cannabis product at this facility, according to the report.

In addition to the Suniva Canada Campus the company  Sunniva is also focused in the California market with the construction of a greenhouse facility expected to produce an additional 100,000 kilograms of cannabis per year.

“Although we believe our individual valuations are built on relatively conservative assumptions, the core value driver of our model rests in the assumed market penetration Sunniva will ultimately be able to secure in California and Canada,” the note from Canaccord analyst Matt Bottomley said.

As part of its Q1 financial results, Sunniva indicated it had obtained a confirmation of readiness from Health Canada about its licensed producer (LP) application.

The company also owns Natural Health Services, a cannabis clinic operator with seven locations in Canada offering patient consultations and has a 95,000 patient base, according to the note.

In February Sunniva signed a supply agreement with Canopy Growth (TSX:WEED;NYSE:CGC) to provide 45,000 kilograms of dried cannabis annually. Leith Pedersen, president of Sunniva, said by making this partnership the company was “de-risking” its business model.

According to the data presented by the report the company holds a “SOTP” (sum-of-the-parts) valuation of C$13.08 per share.

Bottomley wrote he believes Sunniva will have to “secure a portion of its market share in its own branded products to cement a longer-term market position and to safeguard against margin compression.”

Canaccord cited the potential for the company to not achieve its projected production capacity as a significant risk for Sunniva’s Canadian operations.

Despite holding an interest in the often volatile US cannabis market, Canaccord believes the momentum is swinging right for the drug at the moment, particularly in California with the legalization of adult-use cannabis this year.

As a whole, cannabis companies with US assets have been forced to raise capital in the Canadian Securities Exchange (CSE) due to the lighter restrictions around the interests below the border.

During panel at the Vancouver edition of the International Cannabis Business Conference (ICBC) Anna Serin, director of listings development for the CSE, told the crowd over the past year 58 percent of the capital raised by CSE-listed companies, close to C$2 billion, was in cannabis.

Since the report was issued to investors last Thursday the company’s stock has increased in value by 4.65 percent and is finished Wednesday’s (July 4) trading session at a price of C$8.10 per share.