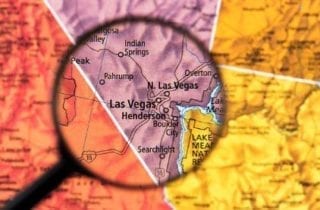 The CEO of Canadian Bioceutical Corporation talks to us about their new acquisition and the opportunities for cannabis in Nevada.

The current boom of cannabis stocks in Canada may seem like the paradise for anyone involved in the industry, however, a company from Ontario is in the process of making their mark in the American industry instead.
Canadian Bioceutical (CSE:BCC, OTCQB:CBICF) owns a set of subsidiaries including dispensaries and growers in legal states like Arizona. BCC doesn’t directly sell the cannabis products they work with, but instead through their subsidiaries that have a space in the market. As such, BCC has exercised an option for GreenMart and will get an opportunity at a head start in the Nevada market, which through sped up-regulation will open its doors to adult use in June.
There is a fear among observers of the industry that, at any point, US President Donald Trump and Attorney General Jeff Sessions will come in and shut down the party for cannabis all over the country. That said, Scott Boyes CEO of BCC said that worry was long gone for him.


Give me my free report!
“Everybody asks you ‘aren’t you worried about Trump and Sessions shutting the industry down?’ Most people in the industry went way past that a long time ago,” Boyes said while pointing the potential revenue this industry produces and a variety of jobs being created. According to Boyes, these two facts will stop a Republican Congress from ending operations for all cannabis companies in the country, despite the fact that the drug is technically still illegal at the federal level.
The company’s investment in the Arizona market has produced a set of dispensaries selling their Melting Point Extracts (MPX) products. “We are probably due $20 million down there in Arizona in our fiscal 2018 year,” Boyes said. Their product is sold at $90 per gram through their dispensaries and other partners.
As such, the Investing News Network (INN) had the opportunity to talk with Boyes on what it means for the company to enter the Nevada market, what prevented the company from investing head on in the Canadian market and the rigorous vetting being conducted in the US in comparison to the process in Canada.  The interview has been edited for clarity and brevity. Read on to learn more about what Boyes had to say.


Give me my free report!
INN: Tell me about the acquisition, why did you guys choose this particular option in Nevada?
SB: The individual we bought the Arizona entity from had a 49 percent equity interest in the Nevada operation. When we closed the original transaction we took an option to acquire her 49 percent interest and we don’t have to exercise it until the end of June of 2018.
With the early start program coming, the fact that the facility is fully built out and operational–and they got some extremely strong management people there–we decided to exercise the option right away.  In the meantime, we went and talked to the other 51 percent shareholders and struck a deal with them.
INN: Can you talk about the Nevada cannabis scene with legalization and speak about your decision to exercise your option and enter this particular market?
SB: Everybody knows Las Vegas is the kind of place to go and party and the medical market has been around for a couple of years. It was really slow and evolving. I mean, they had some legislative delays, they had some municipal squabbles getting the program rolled out. It seems like in every state from the time the legislation is passed, for medical use, until the time is rolled out it takes a couple of years. It was moving slowly in Nevada, which is one reason we took the option so far out. But in November, when the ballot initiative passed to move into adult use, that put a whole new shine on it.
The state legislature is very progressive in terms of cannabis utilization and legalization… there’s been a pretty strong lobby within the state legislature to accelerate the program. It was originally scheduled to start on January 1, 2018, but there’s a ton of tax revenue to be generated so the legislation moved early. They actually called it the early start program, which means that any medical marijuana enterprise that is in the state, that is in good standing can apply for an early start license and can enter the adult use market, effective July 1 of this year.
With 40 odd million people moving into the Las Vegas area every year, to have a wide open cannabis-use market we think we are going to see explosive growth in the market, particularly over the next six months. The state will issue some new licenses next year, new dispensary licenses and there will be an application process so we expect we’ll have somewhere between 12 and 18 months head start on any new businesses that are licensed under the adult use program we think it’ll be a big winner for us.

INN: Can you tell me about what the independent inspection process looks like in Nevada in comparison to other states and Canada?
SB: It’s not only in place, even the laboratories are highly regulated and the industry regulations are as tough as they are anywhere if not even tougher… It’s not just frequent or periodic, it’s literally every batch.
In Nevada, cannabis products have to be tested in all three phases at the appliance stage, at the flower/harvest stage, at the production stage and if you go into edibles at the edible stage so testing is very, very rigorous we don’t see the things down there that we’ve seen upset the market a little bit here in Canada.
INN: That’s good to hear because you certainly don’t want to find yourself in a recall situation.
SB: Particularly as litigious as the US market is.


Give me my free report!
INN: What about taxation? As part of their research into legalization, the government of Canada has cited a tax issue in Colorado leaving a loophole for people to buy the product, from unlicensed local dealers.
SB: I understand it’s taxed at the producer level, at the wholesale level and again at the retail level, so we are talking, I think it’s about a 25 percent total tax. The big issue is the quality of the product if you buy the stuff on the street to the gray market [the concern is] about contaminants, herbicides, pesticides, mold spores. It’s easier and safer to go to an established dispensary and buy a highly regulated product and high-quality product and there seems to be a pretty good market for that.
I mean, quite frankly is the $5 or $6 a gram junk you can buy on the corner going to go away? No, but the discreet buyer–the careful buyer–is going to very quickly drift towards the regulated market, not only because it’s a better quality product but the diversity of product that’s available is much more extensive. A big part of the market now is going towards concentrates and they are vaping, edibles, oils, shatter, wax. You don’t get much stuff available on the street corner; it’s generally just dried flower.
INN: Do you have any current partnerships in Canada or have looked into getting a licensed producer status there?
SB: Well we have applied with Health Canada; we applied in January of 2015. The license application is still there, we have tried to get our Members of Parliament (MPs) involved in finding out where it’s at. We actually have a facility in Owen Sound, Ontario that we are paying rent on and we may start building it out just in anticipation, but that’s one reason we went into the US.
We got frustrated with waiting for information, even questions to Health Canada or a status in terms of where our application lied. So, rather than investing the planned tens of millions of dollars in Ontario, we have invested now almost $30 million in Nevada and Arizona and we got a couple more states that we will be moving into in the not too distant future.

INN: It seems at times some states are moving faster than what Canada as a whole is doing with recreational use.
SB: Not even just recreational, I mean we are predominantly a medical marijuana [company]. The medical market in Arizona is very robust there are as many patients cards in Arizona as there are in all of Canada, about a 120,000 or so was the last count, the number of producers is limited by statute, it’s a more fragmented producer market, we don’t have the big boys down there like we do here in Canada and so the margins are much higher.
INN: Are you guys interested in conducting any kind of medical research on your own?
SB: We have just brought on our board a pharmacological researcher, a doctor of research that is currently doing a cannabidiol project at the University of California and San Diego. We haven’t announced it yet but he will be on our board very shortly.
We’re moving in that direction, we got an association with a group in Israel that we announced last year but we haven’t pursued that too aggressively yet.
INN: Thank you so much for your time.
SB: Thank you very much
Don’t forget to follow us @INN_LifeScience for real-time news updates!
Securities Disclosure: I, Bryan Mc Govern, hold no direct investment interest in any company mentioned in this article.
Editorial Disclosure: The Investing News Network does not guarantee the accuracy or thoroughness of the information reported in contributed article. The opinions expressed in these interviews do not reflect the opinions of the Investing News Network and do not constitute investment advice. All readers are encouraged to perform their own due diligence.