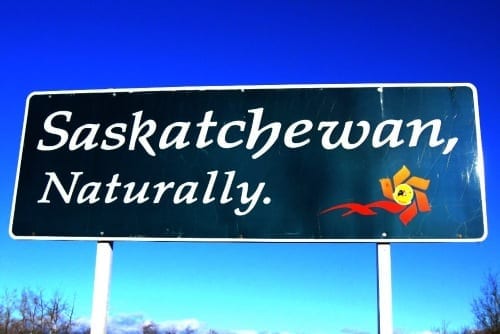 The SLGA will begin accepting applications from communities with populations under 2,500 in April 2020, and by September of next year, the provincial regulator will have a province-wide application process.

The province of Saskatchewan is overhauling its system for awarding cannabis retail licenses to open up the sector and compete with the black market.

On Tuesday (October 29), the province outlined its plan to move forward with a phased-in open market system for cannabis retail permits.

Before cannabis was legalized in October 2018 in Canada, Saskatchewan held a lottery to determine which companies would be awarded licenses.

Now, Saskatchewan’s government is scrapping the lottery system and the cap on the number of stores that can be opened.

In a press release, Minister Responsible for the Saskatchewan Liquor and Gaming Authority (SLGA) Gene Makowsky said now that a year has passed since the drug was legalized, a new approach is needed to address the increase in demand from cannabis consumers in the province.

“We believe opening the market to more retailers will help meet customer demand while also helping discourage competition from unlicensed stores,” said Makowsky. He added that this approach will help balance the needs of existing retailers as well as offer opportunities for new players to enter the market.

Originally, 51 permits were up for grabs in 32 communities across the province, picked from a pool of over 1,500 applicants.

During the first round of applications, only communities with populations of 2,500 or more could apply, with larger communities being allocated a higher number of permits.

The SLGA, Saskatchewan’s provincial cannabis regulator, will begin accepting applications from communities with populations under 2,500 in April 2020; by September of next year, the provincial regulator will have a province-wide call for applications.

Applicants in communities that were deemed previously eligible but for which permits didn’t proceed will also be able to reapply come September.

The process will still be based on SLGA’s permitting requirements, which include a character check, inventory tracking and store security.

Individual municipalities will be able to decide how many stores they want, but there is an opt-out option available to them.

The CBC reported on Tuesday that Makowsky hopes the changes will help clamp down on the black market for cannabis.

“There is obviously a minimum price where it makes sense to do business, of course competition leads to more choice and more convenience and normally better pricing,” he said.

The province has issued 39 permits to date under the existing system.

By moving to the open market approach, Saskatchewan could be well positioned to address a growing consumer base, but retail woes have plagued cannabis producers in the country, particularly in Ontario.

Ontario held its second lottery for retail licenses in August, raising the number of licenses available to 75 up from the 25 that were awarded during the first round of the lottery. The province came under fire for the low number of permits made available to service over 14 million people in the province, which has the largest population in Canada.

Tom Dyck, CEO of mīhī cannabis and an unsuccessful lottery applicant, previously told the Investing News Network he was not impressed with the system, which he called “a game of chance.”

The Alcohol and Gaming Commission of Ontario has since dealt with a lawsuit from 11 applicants who were disqualified from the lottery process. The challenge was dismissed by the courts, but lawyers for the applicants are now looking to appeal the decision.

During a panel at a Marijuana Business Daily event held in September, Darren Bondar, president and CEO of Inner Spirit Holdings (CSE:ISH), said Ontario could “easily hold 1,000 stores without looking like the pot capital of the world.”

Earlier in October, the Ontario Cannabis Store, the province’s regulator for marijuana retailers, announced it is working with commercial partners to improve the relationship between licensed producers and authorized retail locations.