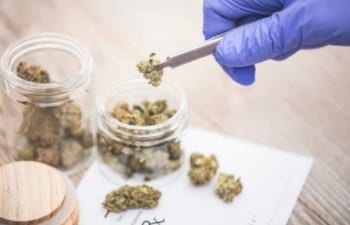 Another Canadian public operator is trying to make its mark on the Florida medical cannabis market. The promising area could see a race between two companies in similar positions.

On Thursday (January 18) a cannabis operator trading in Canada but focused in the US market strengthened its efforts in Florida, where investors could see a race for the market share heating up.
iAnthus Capital Holdings (CSE:IAN; OTCQB:ITHUF) announced it acquired the assets of GrowHealthy Holdings a local Florida company formed in 2014, which includes its affiliate McCrory’s Sunny Hill Nursery that holds one out of the 13 current Florida Medical Marijuana Treatment Centers.
“The state’s population includes a large percentage of older adults who can derive significant benefits from medical cannabis,” Randy Maslow, president of iAnthus said in the announcement.
The company explained to shareholders it paid $17.5 million in cash and “$30,500,000 was satisfied in iAnthus common shares at a price per share of $2.52.”
The cannabis producer won’t be getting a finished facility. Rather, the company will complete it with its own resources and is promising a 200,000 square feet cultivation space capable of producing 18,000 kilograms of cannabis flower per year once completed. No timetable was given for the completion of this facility.
“The GrowHealthy cultivation and operations team has already established itself as a leader in Florida’s medical cannabis market, and we look forward to contributing iAnthus’ capital and operational resources to fully build out GrowHealthy’s infrastructure,” Maslow said.

One of the current leaders in the state of Florida, as far as public players focused on medical cannabis, is Liberty Health Sciences (CSE:LHS; OTCQX:LHSIF). This company launched last year with the backup from one of the major Licensed Producers (LPs) in Canada, Aphria (TSX:APH; OTC:APHQF).
Liberty Health recently opened its inaugural dispensary in the state, where a retirement community was specifically placed. Liberty Health expects to open another Florida location in the early part of 2018, increasing its sites to five.
Companies trading in Canadian exchanges but focusing on the American market or even holding direct interests there have faced scrutiny over the legality of this particular situation.
Most famously last year the TMX Group, which sees over the Toronto Stock Exchange (TSX) and the TSXV Ventures Exchange, issued a warning to publicly listed companies operating with aspirations in the US.

While the year is still young, shares for iAnthus have steadily been increasing in value. value steadily this year. So far in 2018, the company’s share price has gone up 52 percent. However, by market close on Thursday the company’s share price dropped 3.55 percent.
For Liberty Health, its share price has been trending downwards. Year-to-date, its share price has declined 14.49 percent. The entire cannabis market suffered a big blow after US Attorney General Jeff Sessions rescinded the Cole Memo, a guidance for cannabis businesses in the country protecting them from federal persecution.
That said, shares of Liberty Health have increased in value 28.26 since launching on the Canadian Securities Exchange last year.
As the cannabis market in the US begins to develop it’s key to watch closely the development of areas of interest like Nevada and California, where public companies are facing one another and competing with local businesses. According to data from Arcview Market Research, as shared by iAnthus, the Florida medical cannabis market is expected to reach a billion dollars by 2020.
Don’t forget to follow us @INN_Cannabis for real-time news updates!
Securities Disclosure: I, Bryan Mc Govern, hold no direct investment interest in any company mentioned in this article.