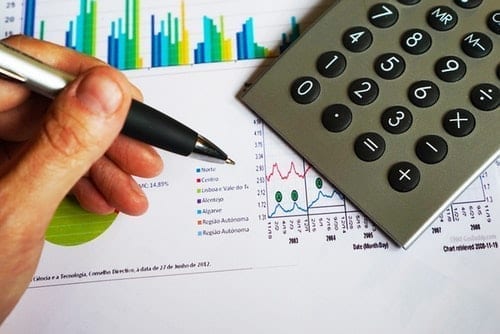 As part of its quarterly update to shareholders, Cronos Group reported growth in sales thanks to cannabis oils and increased production capacity.

As part of its quarterly update to shareholders, Cronos Group (TSXV:CRON,NASDAQ:CRON) reported growth in sales thanks to cannabis oils and increased production capacity.

Peace Naturals has continued to receive upgrades to its production facilities. A fourth expansion is in the works for Cronos, and the company said it expects to start work for it in the second half of 2018.

The company credited its sales increase during the fourth quarter in part to the bigger production capabilities it now holds, as well as an increase in business-to-business sales to other LPs in Canada and abroad and to the increased market share of cannabis oils.

The total cost of sales for the 2017 fiscal year decreased by C$1.7 million for the company compared to the 2016 fiscal year. On the other hand, Cronos’ operating expenses increased to C$9.3 million.

During the quarter, Cronos achieved something no other Canadian LP has done: the company put its public stock on the NASDAQ Stock Exchange. The announcement caused a new wave of legitimacy to rush across the industry.

Mike Gornstein, CEO of Cronos, answered by first saying that most people would like to know when day one of recreational sales will actually be.

“Because of the uncertain timing and because of the need to serve international channels and medical patients we are trying to maintain some level of safety stock,” he explained.

However, Gornstein added that the company still wants to guarantee having a turn through of that inventory. “We want to make sure the product is always fresh,” he said.

Gornstein said the fourth building is on track to have plants for July, making it possible for the company to push product if legalization in Canada arrives earlier.

“We are not pre-packing inventory when it comes to actually saving because of the lack of clarity on packaging [regulations],” Gornstein explained. The company currently has two iterations of the packaging it expects to use for recreational products and is waiting for Health Canada’s ruling.

As a way to continue its expansion, Cronos raised C$100 million from GMP Securities, BMO Capital Markets and a grouping of Cormark Securities, Beacon Securities and PI Financial.

Cronos will use C$15 million of the funds for expenses on its international operations and capacity expansion. The rest will be used for the everyday general working purposes.

Cannabis analyst Landry issued a report following Cronos’ capital raising earlier this month in which he lowered his target price for the company to C$9 per share.

“With a reinvigorated balance sheet, Cronos has the munitions to increase capacity or make tactical investments,” Landry wrote, according to Cantech Letter.

Landry used this note to upgrade his recommendation on the company from “hold” to “buy.” He added that Cronos is in a better position in terms of the recreational market in Canada thanks to a new partnership with US retailer operator MedMen.

Cronos started trading on the NASDAQ on February 27. Since then, the stock’s value has decreased by 10.76 percent. On Monday, the company closed at US$6.91 on the exchange, representing a 1.62-percent increase from its previous closing price.