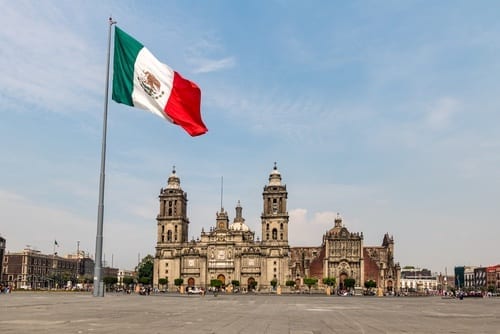 Documents from Senator Olga Sanchéz show the proposed bill, set to be introduced on Thursday, will legalize and create a cannabis marketplace in Mexico.

Following a crucial set of ruling from Mexico’s Supreme Court last week, the country’s leading political party will introduce a bill to establish a cannabis market for medical and recreational use.

On Tuesday (November 6) Reuters reported Senator Olga Sanchéz, the choice for interior minister by President-elect Andrés Manuel Lopéz Obrador, said the bill would be introduced in Congress on Thursday (November 8).

The bill suggests Mexico’s war policy against organized groups of drug dealers has failed in keeping people safer and the decriminalizing  the cannabis market.

“From a point of view of the negative side effects, there isn’t any reason for which cannabis isn’t illegal, while alcohol and tobacco are,” the document from the party of upcoming Mexican leader Morena, said.

The proposed bill seeks to legalize the entire industry and its relatives for medical, personal and scientific uses. The legislation was introduced as a response to the two new rulings from the Supreme Court in favor of cannabis use.

These two joined three previous rulings, which according to Mexican law, create a superimposition on the law followed by all courts in Mexico called jurisprudence.

With the bill is set to be presented on Thursday, it could face criticism from conservative groups in Congress. According to Reuters, the bill will have to pass committees before even reaching a voting stage.

Mexico would join Canada and Uruguay as the only nations to establish the legal use of cannabis for both medical and recreational purposes.

In the US, the drug has gained legality through legislation in the states. However, on a federal scale marijuana remains an illegal substance.

While it’s still early for investors to ponder which companies could benefit immediately, a variety of the leading Canadian LPs such as Canopy Growth (NYSE:CGC,TSX:WEED) and Aphria (NYSE:APHA,TSX:APHA) have made moves to establish a presence in the overall Latin American market.

Smaller companies such as Khiron Life Sciences (TSXV:KHRN) have also indicated a potential to enter the medical market in Mexico.

The potential for the country to establish a marketplace for a legitimate cannabis industry would add to the overall global trend of legalization for the drug.

Editorial Disclosure: Khiron Life Sciences is a client of the Investing News Network. This article is not paid-for content.