Despite changing sentiment in the industry, cannabis companies with advanced medical plays are asking investors for patience.

The marijuana investment market has suffered throughout 2019 due to a variety of changing metrics and disappointing results for a nascent industry full of lofty expectations.

Now, while the market reels from the losses of the year, a few companies with distinct approaches are trying to remind investors of the long-term options available.

The burst of the cannabis investment opportunity has opened the doors to a wide range of companies pursuing different angles in the overall market.

While the same cannabis umbrella can be used for many of these players, most of the time the leading executives would rather distance themselves from the general cannabis investment story.

“One of the things that is important to differentiate is the fact that we really are a company taking a pharmaceutical approach to cannabis,” Doug Sommerville, CEO of PlantEXT, told the Investing News Network (INN).

PlantEXT is pursuing a Canadian listing on the TSX Venture Exchange in early 2020; however, given the current landscape of the market, the company is actively monitoring the best time to list. PlantEXT is seeking to complete a reverse takeover process to complete its listing.

Oren Shuster, CEO of International Medical Cannabis (IMC) (CSE:IMCC), touted the profits of his company as a way to differentiate itself from the rest of the cannabis market.

IMC is an Israel-based medical cannabis producer that secured a listing on the Canadian Securities Exchange (CSE) earlier in November.

Shuster told INN the company is not worried about the short term in the public market as it prefers to stress the importance of the long-term aspect of its business to investors.

“We are offering something different to Canadian investors,” Shuster said. In tandem with this, his company is vying for exposure to the European medical cannabis market, which is slated to be worth 58 billion euros, according to Prohibition Partners.

IMC raised approximately C$20.4 million as part of its public debut, a figure Shuster said will make it so the company doesn’t need to raise more capital — at least for the time being.

“Because we don’t have to raise more money — and we are not looking at the short term — I think that for us it doesn’t matter what is happening in the short term.”

Challenge of approaching investors in the current space

When asked about the challenges of appealing to investors with a pharmaceutical-like approach to the cannabis market, the executives agreed about creating distance from the current crop of producers and other growers seeking investment.

“We’re really … a part of the second wave and, at the same time, you have to be sensitive to market conditions,” Sommerville said.

The executive’s company is hoping to lure investment interest in the Canadian market by way of the work his firm does on the research of pharmaceutical-grade cannabis. PlantEXT, which is also based in Israel, has a focus on inflammatory conditions for its pipeline of products.

The company plans to offer dermatological cannabidiol products in the European market for a variety of conditions like arthritis and general pains.

Another player, with nearly a year of experience in the Canadian public market, is EXMceuticals (CSE:EXM). It has established bulk-sale cannabis growing operations in Africa.

The company considers Portugal its main hub and recently obtained a critical research and development license in the country. This will allow the firm to import, research and refine cannabinoids and cannabis by-products in Europe.

According to Jonathan Summers, chairman of EXMceuticals, and Tanek Amin, the company’s chief operating officer, the product grown by the company in the African regions it operates in — such as Malawi and Uganda — will then be processed in Portugal.

While the company currently focuses on wholesale, it plans to produce more specific uses for its product.

EXMceuticals went public in January on the CSE and so far has dropped 9.91 percent in value this year. The company has seen a 52 week high of C$1.97, but was sitting at C$1 as of Tuesday (November 12). 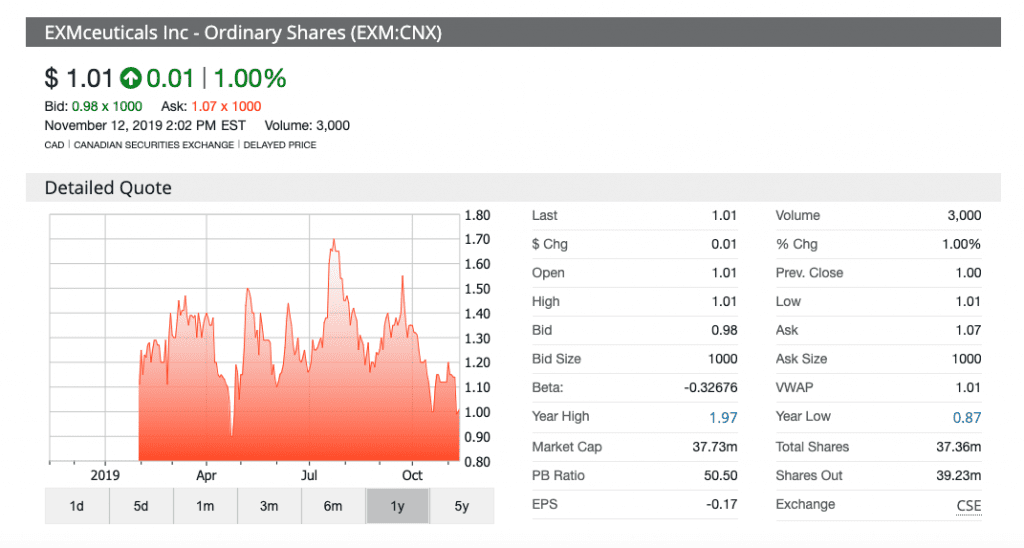 Summers told INN the drop in sentiment for cannabis has been a “sobering and painful experience” for many of the people involved in or investing in the market.

“I think some companies around, they’re raising money, but they’re not raising it at valuations they were expecting,” said Summers. “Other companies are also looking to come public, but they haven’t. It’s a very very difficult time.”

Summers added that while the Canadian market may be tapped out for now, financial markets outside of Canada are just starting to evaluate the possibilities of cannabis.

“Most of our recent investing conversations are not happening with Canadians; it’s happening much more with Europeans, London-based people and US-based people,” Summers said.

Trulieve Cannabis Corp. (CSE: TRUL) (OTCQX: TCNNF) (“Trulieve” or “the Company”), the largest cannabis multi-state operator (MSO) in the United States today announced the opening of a dispensary in Bartow, Florida . The Bartow location is Trulieve’s 104 th in the state. This dispensary joins the Company’s 103 additional medical marijuana dispensaries across Florida including those in nearby Winter Haven and Lakeland .

BioHarvest Sciences Inc. Appoints Steven Lehrer to Its Board of Advisors

BioHarvest Sciences Inc. (CSE: BHSC) (“BioHarvest” or the “Company”) announces that effective immediately, Steven Lehrer will be serving on its board of advisors. Complementing an already competent list of advisors that includes a significant array of expertise, Steven brings 40 years of experience in life science-based businesses to the Company. 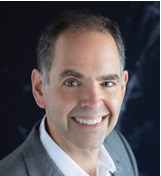 Naturally Splendid Enterprises Ltd. (“Naturally Splendid“, “NSE” or “the Company”) (FRANKFURT:50N) (TSXV:NSP) (OTC:NSPDF) is pleased to announce that a selection of NATERA Plant-Based Foods were featured at the post-secondary, British Columbia Institute of Technology (BCIT), promoting a Meatless Monday event

NATERA Plant Based Foods were featured on October 18th at the BCIT Meatless Monday event. The selection of NATERA entrees included Chick-Un Cutlets, Sweet Chili Chick-Un Tenders and Chick-Un Nuggets. All the products sold out and following this positive response from chefs, students and staff alike, NATERA Plant Based foods will now be a regular feature at BCIT.

BioHarvest Sciences Inc. Appoints Steven Lehrer to Its Board of Advisors