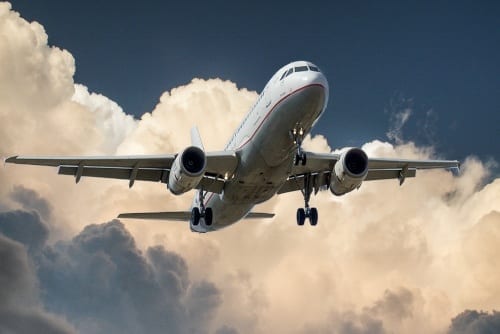 At MJBIZConINT’L in Toronto, cannabis industry experts discussed the difficulties of shipping cannabis and the opportunities that exist in getting cannabis across international borders.

With sentiments about cannabis use shifting around the world, more countries have been opening up to using the drug for medical purposes.

At the recent MJBIZConINT’L in Toronto, cannabis industry experts gathered in a panel to discuss the difficulties of shipping the drug and the opportunities that exist in getting cannabis across international borders.

Recently, countries such as Thailand and South Korea have joined others in legalizing cannabis for specific medical purposes, further opening up avenues for international marijuana export.

There are certain obstacles, however, that investors have to overcome when getting into medical cannabis exports.

Julián Wilches, co-founder of the Colombian cannabis and hemp extract producer Clever Leaves, said coming up against regulatory restrictions is the most difficult part of importing cannabis into another country.

Rules about the import of narcotics vary between countries. In the case of cannabis, regulations are even more foggy as countries slowly begin to accept movement of the drug across borders.

Wilches told the people attending the panel that Clever Leaves has had to navigate several hurdles when exporting medical cannabis into the UK.

“We did several meetings with the anti-narcotics police, the police from the airport, the regulators, everybody,” said Wilches.

Other challenges include meeting international quality standards and finding an airline with experience dealing with controlled substances, Wilches added.

Anand told the audience that, when it comes to dealing with air carriers, companies must look at every aspect of the transaction — down to differences in weights listed on import and export permits. These can mean the difference between a smooth shipment and having to deal with regulatory bodies.

Materia Ventures collaborates with cannabis suppliers and assists them in navigating different regulatory systems across the globe.

“We’ve had to deal with trying to explain to these companies to look at cannabis a little bit differently,” said Anand. “As much as it is a controlled substance that is a narcotic, there are certain nuances around cannabis that that these companies need to understand.”

He added the actual shipping of product should only come after careful consideration of the regulations of a country and building relationships with people on the ground, including authorities that deal with narcotics.

Wilches told the audience that working closely with locals on these projects was a key to expediting the export process.

“We prefer always to have a mix between somebody from Clever Leaves with some locals in every country so you can get to know the culture, but also share the culture that you already have in your company,” Wilches said.

Despite the challenges, the international medical cannabis space is opening as more countries legalize use of the drug.

When asked about the growing export opportunities across Europe, Anand picked out Germany as a leading force on the continent, but also mentioned France, saying it will have Europe’s largest medical cannabis market in the future. Anand wasn’t the only expert at the conference to highlight Germany’s role in the global cannabis market.

.@alfrep28 kicks off his global overview of the cannabis markets with a spotlight on Germany as the most significant market outside of North America. #MJBizConINTL

Anand mentioned India as another country of interest for him, citing its robust pharmaceutical industry as a benefit investors may want to take advantage of in the future.

He said that, when it comes to furthering Materia Ventures’ stake in Europe, the company plans on using Malta, a member of the European Union (EU), as a gateway into the rest of the continent.

A few other Canadian cannabis firms have laid out plans to establish a central facility from which they can facilitate operations across Europe.

Anand added that Malta has an open regulatory environment that has allowed his firm to import non-GMP (good manufacturing practice) products and convert them to EU-GMP, the minimum standard medicine manufacturers must meet in the EU.

Ultimately, when it comes to deciding on a country to work in, Wilches noted it depends on the company’s strategy.

“If you want to do research and development, probably (the) Czech Republic,” he said. “If you’re focused on … medical cannabis for patients, I would say Germany.”