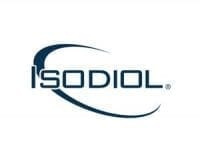 Isodiol International Inc. (CSE: ISOL) (OTCQB: ISOLF) (FSE: LB6B.F) (the “Company” or “Isodiol”) announced today that it has entered into an agreement on November 12, 2018 with Record Street Brewing Co. (“Record Street”), a music culture and lifestyle branded craft-beer company based in Reno, Nevada, for the research and development of hemp-based beers and functional beverages.

Isodiol International Inc. (CSE: ISOL) (OTCQB: ISOLF) (FSE: LB6B.F) (the “Company” or “Isodiol”) announced today that it has entered into an agreement on November 12, 2018 with Record Street Brewing Co. (“Record Street”), a music culture and lifestyle branded craft-beer company based in Reno, Nevada, for the research and development of hemp-based beers and functional beverages.

This partnership with Record Street will give that equipment and Isodiol’s internal R&D operations a strategic home in a state that has legalized both adult and medicinal cannabis use and embraces the sale of both hemp-derived and cannabis-derived CBD products. While federal and state regulatory restrictions generally prohibit cannabis activities by licensed breweries, there are significant opportunities to develop both alcoholic and non-alcoholic beverages in which Isodiol’s hemp-derived ingredients can be utilized.

“We are very excited about the ability to have research and development space for both brewed and carbonated beverages and to utilize Record Street’s brewing and market testing knowledge in Nevada and California,” said Marcos Agramont, CEO of Isodiol. “This opportunity will allow us to further innovate products utilizing Isodiol’s proprietary CBD ingredients that can be transitioned into commercial opportunities at scale through Brew Hub as consumer trends and the regulatory landscape continue to evolve.”

Jesse Corletto, President of Record Street, stated, “It is obvious that beverage consumers want new product innovation involving hemp and cannabis ingredients. But, it is too early to tell exactly what those products will be and where trends will go without additional research and development. This partnership with Isodiol is a real learning opportunity for Record Street and will provide us with access to high quality traditional ingredients for new product launches like coffee porters and seasonal offerings, as well as the use of some great brewing and bottling equipment.”

“Isodiol, through its IsoBev subsidiaries and partnerships, utilizes novel CBD ingredients to enhance beverage flavors and provide health and wellness benefits to consumers,” said Mr. Agramont. “We look forward to bringing these products to market and staying in front of consumer trends.”

As part of Isodiol’s partnership with Record Street, Isodiol will own all formulas and other intellectual properties that include Isodiol’s proprietary ingredients and will supply Record Street with Culinary Coffee’s proprietary coffee, tea, and beverage flavoring ingredients for its beers. The parties will co-share the production space and equipment in Record Street’s Reno, Nevada facility. The deal has an initial term of three years.

Isodiol International Inc. is focused on the nutritional health benefits that are derived from hemp and is a product development, sales, marketing and distribution company of hemp-based consumer products and solutions.

Isodiol has commercialized a 99%+ pure, naturally isolated CBD, including micro-encapsulations, and nano-technology for quality consumable and topical skin care products. Most recently, the Company received approval for its CBD designated as an Active Pharmaceutical Ingredient for use in Finished Pharmaceutical Products, as was announced on April 26, 2018.

ON BEHALF OF THE BOARD
Marcos Agramont, CEO & Director

The CSE has not reviewed, approved or disapproved the content of this press release.

Click here to connect with Isodiol International Inc. (CSE:ISOL) for an Investor Presentation