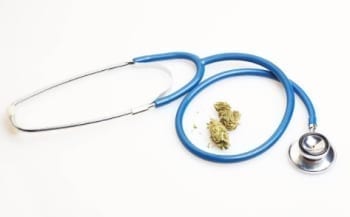 As part of a request for comments on the possibility of the UN designation for cannabidiol, the US Food and Drug Administration (FDA) admitted to the medical benefits of CBD on the Federal Register.

As part of a request for comments on the possibility of the UN designation for cannabidiol (CBD), the US Food and Drug Administration (FDA) has at long last admitted to the medical benefits of CBD on the Federal Register.
In the notice sent by FDA deputy commissioner on Tuesday (August 15), Anna K. Abram recognized the advantages for patients to use CBD properties in combating diseases. “CBD has been shown to be beneficial in experimental models of several neurological disorders, including those of seizure and epilepsy,” the document indicated.
While CBD and cannabis as a whole remain illegal thanks to the Controlled Substances Act (CSA), the drug has seen advances in the US as a number of states have legalized it in some way and look to embrace a commercial model for the drug.


Give me my free report!
On a national level, CBD remains illegal causing a gray area as to what the limits in its use and commercialization are in legal states. Withthe licenses provided by the states, companies supply cannabis for either medical or recreational use. As part of the 1971 Convention on Psychotropic Substances, the UN included tetrahydrocannabinol into its Schedule I designation list
The World Health Organization (WHO) is currently reviewing the status of 17 different substances. As part of this investigation, the FDA will collect input from people willing to share their experiences on “abuse potential, actual abuse, medical usefulness, trafficking, and impact of scheduling changes on availability for medical use,” for several drugs including CBD, until Sept. 13.
Based on the comments the US Department of Health & Human Services (HHS) will prepare an evaluation of the drugs and forward the medical and scientific calculation to WHO, through the Secretary of State.
Even if the FDA obtains an outpour of positive responses from the public, it won’t directly recommend the WHO to change the status of CBD.
“Instead, HHS will defer such consideration until WHO has made official recommendations to the Commission on Narcotic Drugs, which are expected to be made in early 2018,” the document said.

This is an encouraging step for forward for cannabis enthusiasts and investors in companies in the field. However, there is still a long way for CBD to go before there’s any actual change in the rule of the land for the US.
Don’t forget to follow us @INN_Cannabis & @INN_LifeScience for real-time news updates!
Securities Disclosure: I, Bryan Mc Govern, hold no direct investment interest in any company mentioned in this article.