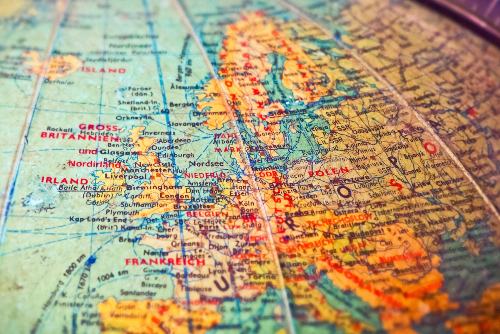 At the Transatlantic Forum, attendees heard from players across North America and Europe, and from experts facilitating deals between the two regions.

As the European cannabis market develops, experts say industry players within the space are eager to partner with companies across the pond.

During Cannabis Europa’s first Transatlantic Forum held in Toronto on Tuesday (November 5), attendees heard from industry players across North America and Europe, as well as ones facilitating deals between the two regions due to the emergence of Europe as a force in the global marijuana markets.

On a company partnership level, Steph Sherer, president of the International Cannabis and Cannabinoids Institute, said most of the transatlantic deals she comes across are post-acquisition, and now companies are looking for advice on what to do with their new-found European operations.

Sherer said previously, there was more cash to go around but since “checkbooks are getting smaller,” European companies are in the market to partner with North American players. The challenge, she explained, is making sure the investment is sound.

“If you’re a North American company and looking at European assets, it’s really a question of what are you going to do with that asset and being realistic about the market,” said Sherer.

“Yes, Europe is exciting, it’s big,” she added. “But you can’t just take what happened in Canada and the United States and just add the population of Europe and say ‘This is what’s going to happen here.’”

Sony Gokhale, general counsel for The Supreme Cannabis Company (TSX:FIRE,OTCQX:SPRWF), said significant strides have been made in medical cannabis in Europe in the last year.

Gokhale noted that regions such as Germany, France and the UK have been spearheading the move towards cannabis legalization across the continent.

During a panel at the @cannabiseuropa Transatlantic Forum, @TheSupremeFIRE's General Counsel Sony Gokhale said the trend of cannabis decriminalization and pilot projects across Europe are a sign that cannabis legalization isn't a what-if — it's happening. #cannabisnews pic.twitter.com/nozXJPVe9V

As part of Supreme Cannabis’ own work to establish its operations in Europe, the company has consulted with regulators to ensure its entrance into the market is carefully planned out, according to Gokhale.

“Without having a thorough understanding of the regulatory regime, we can’t be responsible participants in this industry,” she said.

In Germany, there has been quick development since the country legalized medical cannabis in 2017.

Soon after Germany legalized the drug, there were few patients, even fewer qualified doctors and a lack of insurance coverage, said Marcus Schmidt, director of chemicals and healthcare at Germany Trade and Invest.

However, Schmidt said that during the first half of 2019, 122,000 medical cannabis prescriptions were filled, and that number is growing.

Now, the challenge will come down to supply. Schmidt said cannabis in the country is currently imported from Canada and the Netherlands, but Germany will have its first local harvest in 2020.

Germany’s move to self-sufficiency when it comes to cannabis cultivation is one that Andrew Pucher, the chief corporate development officer at Tilray (NASDAQ:TLRY), said he’s seeing across Europe.

The Tilray executive told investors there is a shift toward localized supplies of medical cannabis, rather than a reliance on a supply chain flow from North America.

For France, political movement has been seen in the form of new clinical trials.

Emmanuelle Fontaine-Domeizel, member of the French National Assembly, said her colleagues voted on an experiment that will test the effects of marijuana on patients over the next two years, according to a translator. Fontaine-Domeizel also spoke of an information mission launched by the French Parliament to gather data that will help foster discussion about cannabis legalization in the country.

Louis Barré, managing director of the Greenfield Global Opportunities Fund, also mentioned some challenges facing European companies and how the challenges could affect the companies’ ability to return value.

Murphy said European investors "haven't had the opportunity to drink the Koolaid" when it comes to the excitement that surrounds cannabis in North America, making for a much more pragmatic and realistic investor base. #CannabisEuropa #CannabisNews #marijuananews

“You need to be really mindful of the timing of the maturity of the market,” said Barré. “Are some companies moving too quickly? … Is the European market to be ready for all of this product they’re going to get from Colombia and all the companies in Canada?”

Overall, though, panelists agreed Europe is well-positioned to take a considerable market share of the global marijuana space in the coming years. Stephen Murphy, CEO of cannabis data firm NOBL Group, said the European market is fast moving, both for companies and at the political level.

“When we first started talking about the European markets, there were six markets that were technically legal. Today, it’s just under 20. And that’s in a three and a half year period,” he said.

“We’re also finding that governments are now very much aware of the potential of cannabis not only from an economic perspective, but also from a health, social and from a political perspective.”