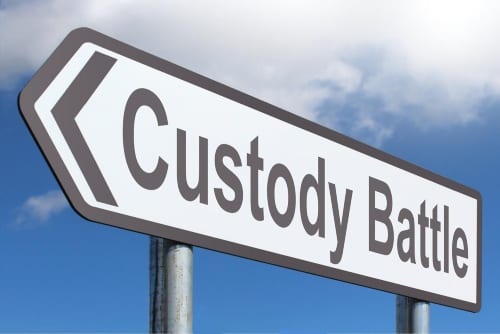 Emerald has doubled down on its claim over half of a joint venture in the midst of a growing ownership battle with Village Farms.

Emerald Health Therapeutics (TSXV:EMH,OTCQX:EMHTF) has doubled down on its claim over half of a joint venture (JV) it created with cannabis producer Village Farms International (NASDAQ:VFF,TSX:VFF) in the midst of a growing ownership battle.

On Wednesday (November 27), Emerald released a statement in response to Village Farms’ claim of a majority ownership in Pure Sunfarms, the 50/50 JV created by the two public firms in 2017.

According to Emerald, Village Farm’s assertion that it now holds a majority stake in Pure Sunfarms was “misleading public disclosure.”

In its statement, Emerald said that, in fact, both companies continue to hold a 50 percent stake in the JV.

Since Emerald released its original statement last week, shares have dropped 5.4 percent from the market close on November 20 and sit at C$0.44 as of 11:47 a.m. EST.

Shares of Village Farms, on the other hand, have seen some recent increases. Following the market open on Thursday (November 28), shares rose 2.6 percent and are at C$8.98 as of 10:35 a.m. EST.

On Tuesday (November 26), Village Farms told investors that due to Emerald’s failure to pay a C$5.94 million fee in connection to a Pure Sunfarms option agreement, on November 19 the company made an additional equity contribution to Pure Sunfarms, increasing its ownership stake in the JV.

According to Emerald, however, no additional shares of Pure Sunfarms have been issued to Village Farms.

The company confirmed it did not pay the C$5.94 million fee in question, but only because it decided to offset the costs against a C$13 million debt it was owed from Pure Sunfarms as a part of a demand promissory note.

Emerald claims the offset completed its payment, therefore calling into question the viability of the additional equity spending activity from Village Farms. According to Emerald, the current shareholder agreement between the two firms does not allow for further equity contributions.

That isn’t the case in Emerald’s view. The company still argues the loan offset should suffice as a payment, meaning it thinks its venture partner is in the wrong for increasing its stake.

There’s also the matter of escrowed shares at the core of the dispute.

Nearly 6 million Pure Sunfarms common shares were placed in escrow as the JV waited for its payment from Emerald, and on Tuesday, Village Farms announced it was looking to cancel the shares since Emerald failed to pay the fee.

In an email to the Investing News Network (INN), Bernie Hertel, vice president of finance and communications at Emerald, said the cancellation of the shares would dig into the company’s stake in Pure Sunfarms.

“If Village (Farms) is successful in having this tranche of escrowed shares cancelled Emerald would still hold approximately 46.5 percent of the shares of Pure (Sunfarms),” said Hertel.

When asked if Emerald plans to seek legal action against Village Farms, Hertel said the firm was “considering all options at our disposal.”

The outcome of the struggle between the pair could be decided with the results of an arbitration Village Farms submitted to deal with share cancelation request. The arbitration proceedings haven’t started yet, Emerald said.

Emerald first fired back on November 20 when it told investors of the “inaccurate allegations” Village Farms had made against it, saying that it maintained 50 percent ownership in Pure Sunfarms.

“We can’t speculate on Village Farms’ motivation for making this irresponsible and inaccurate claim, but we want to reassure investors that there has been no change in ownership of (Pure Sunfarms),” said Riaz Bandali, Emerald CEO, in a statement.