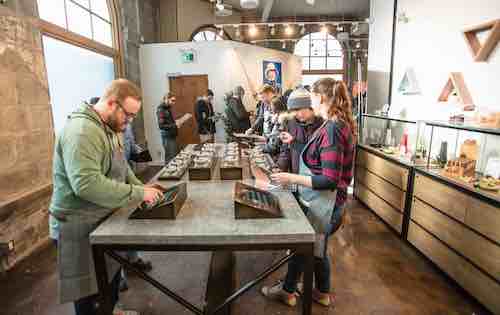 Darren Bondar, president and CEO of Inner Spirit Holdings, talks about the need for retailers to secure value when signing licensing deals.

Darren Bondar, president and CEO of Inner Spirit Holdings (CSE:ISH), believes when it comes to signing deals with license holders for retail locations, companies still need to answer to investors and find proper returns for these transactions.

Bondar spoke with the Investing News Network (INN) during the MJBizConINT’L event in Toronto. At the show he also participated in a panel discussion on lessons learned from the first year of adult-use legalization in Canada from the perspective of retailers.

The executive told INN he is hopeful the Ontario market will move forward with an open system for retail stores. During the panel, the cannabis executive said Ontario could “easily hold 1,000 stores without looking like the pot capital of the world.”

Ontario has proven to be one of the most complex markets for marijuana retailers. The province elected to introduce a lottery system to grant options to earn a store license. This year two lotteries have taken place, with the second round expected to result in new stores in October.

A variety of publicly traded marijuana companies have pursued deals with lottery winners. These deals grant companies a chance to participate in the opening and maintenance of actual stores.

In August, Inner Spirit, through its retail brand Spiritleaf, announced deals with two lottery winners for stores in the East and Greater Toronto Area regions of Ontario, as designated by the Alcohol and Gaming Commission of Ontario.

“These lottery winners were seeking a strong partner to work with, so we are very pleased Spiritleaf has been selected to help them establish and operate their stores,” Bondar said in a statement.

Bondar told INN that dealing with slow regulations has been a difficult process for fellow retail operator companies, with many having to retain leases on planned shops for months.

In a previous interview with INN, Matthew Pallotta, equity research analyst at Echelon Wealth Partners covering the multi-state operator market in the US, said in his estimation the lack of retail access to consumers, due to a slow roll out, is one of, if not the biggest, detriments to the Canadian market since adult-use legalization.

Bondar hopes the opening of the Ontario market will pave the way to easing this issue across the country.

Watch the interview above to hear the rest of Bondar’s comments from the cannabis event.