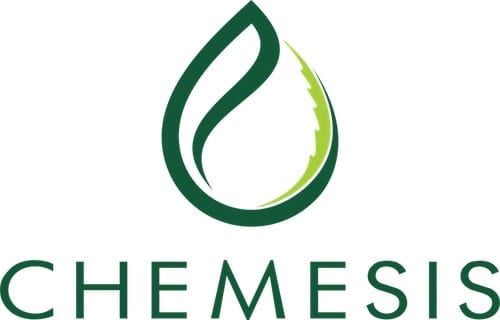 Currently, the Company has 5 acres planted for its pilot spring harvest and has the ability to expand to over 100 acres once the initial harvest is complete. These new acres, to be planted soon, not only will be focused on producing biomass but will also contribute in expediting the expansion of La Finca`s seed stock, a crucial step in guaranteeing acreage growth is in sync with seed availability.

The Company has also established a non-profit organization with the sole purpose of promoting cannabis cultivation. The Association for the Promotion of Cannabis Cultivation offers a new agricultural model with focus on the inclusion of farming communities such as indigenous, afro-Colombians, agroindustries and other small farmers with technical advice, seed, and a crop purchasing program.

The Association has joined forces with Ricardo Garzon, one of Latin America’s leading experts in the implementation of sustainable projects. Mr. Garzon has worked for several major organizations including the International Development Bank, USAID, The World Bank, the International Finance Corporation and is a recognized expert in the development and structuring of associative models throughout Latin America. The proposed model will be presented to Colombian communities and will allow La Finca to extend its sowing prospects to add an additional 2,000+ farming families and over 10,000 acres within the next three years to its previously announced land package. The Company believes this puts La Finca on the frontline of the transformation of agriculture in Colombia.

“La Finca has made an incredible amount of progress since joining Chemesis, and the addition of these licenses allows La Finca to further establish our cultivation operations,” said CEO of Chemesis, Edgar Montero. “Mr. Garzon is a welcomed addition and brings a wealth of experience to Chemesis’ Latin American team. The Company believes his expertise and relationships will allow Chemesis to expand its operations significantly through the Association for the Promotion of Cannabis Cultivation.”

Furthermore, with the expected increases of biomass production, La Finca will be moving into its 14,000 ft2 facility by the end of fiscal Q4. The space is strategically located near Bogota’s city centre, airport, and near the company’s growing operations, which will allow for cost effective transportation. The facility is currently being built out by using GMP compliant protocols for both extraction and finished goods manufacturing.

“A vital part of Chemesis’ long term vision is establishing a GMP certified facility in Latin America. The facility provides Chemesis the ability to add profitability with extraction and finished goods manufacturing. As regions in Latin America establish regulations, Chemesis will continue to maintain its first mover advantage in the markets we operate in.”

Chemesis is also pleased to announce that it has completed three tranches of a private placement (“Private Placement”) for gross aggregate proceeds of CDN $1,050,000. Chemesis issued a total of 567,567 units (“Units”) under the Private Placement, with each Unit comprised of one common share at a price of CDN $1.85 per share and one common share purchase warrant (“Warrants”), and each Warrant exercisable for a period of 60 months at a price of $2.50. No fees were paid on this placement.

On Behalf of The Board of Directors

Chemesis has been quietly trading on the CSE since July 2018, and has been building cultivation, extraction, distribution, and brands in the markets where the Company operates. The Company focuses on prudent capital allocation to ensure it maintains a first mover advantage as it enters new markets is committed to differentiate itself by deploying resources in markets with major opportunities.

Chemesis has facilities in both Puerto Rico and California, and is in the process of constructing a GMP certified facility in Colombia. Chemesis’ Puerto Rico operations are licensed to operate 100,000 ft2 of cultivation, and 35,000 ft2 of manufacturing floor space. The Company is positioned to win additional licenses in highly competitive merit-based US states, and will expand its footprint to ensure it maintains a first mover advantage.