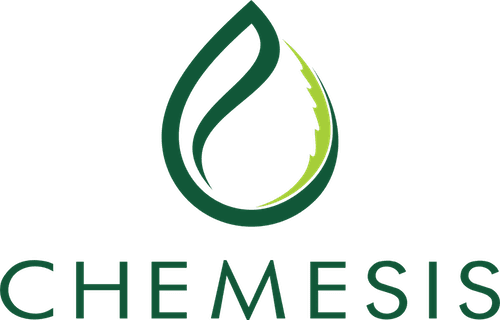 Chemesis International Inc. (CSE:CSI, OTCQB:CADMF) (the “Company” or “Chemesis”) is pleased to announce that it has entered into a definitive agreement for the acquisition of 100% of La Finca Interacviva-Arachna Med SAS (“La Finca”), an integrated cannabis company that has been operational since late 2017 and which has CAD $2,300,000 in working capital on hand.

Chemesis International Inc. (CSE:CSI, OTCQB:CADMF) (the “Company” or “Chemesis”) is pleased to announce that it has entered into a definitive agreement for the acquisition of 100% of La Finca Interacviva-Arachna Med SAS (“La Finca”), an integrated cannabis company that has been operational since late 2017 and which has CAD $2,300,000 in working capital on hand.

Chemesis believes the emerging Latin American market is poised for major growth. The LATAM Cannabis Report estimates the region will have a market value of US $4.2 billion by the year 2028. Furthermore, the report expects Colombia to have a market value of US $664 million in the same time frame. Colombia’s large market value is attributed to its large population, cost efficiency, and free trade agreements with countries around the world. 1

“With the completion of this acquisition, Chemesis will significantly increase its footprint in Latin America,” said Edgar Montero, CEO of Chemesis. “The Company believes its exposure in Latin America will not only provide access to more opportunities in the region, but internationally as well. La Finca is ramping up as planned and has submitted all necessary documents to the Ministry of Justice to expand its cultivation area to 1,060 acres.”

La Finca has made significant headway in its operations and regulatory approvals since the Company announced its intention to acquire 100% of the Colombia based company. In addition to the previously announced partnerships with Universidad Nacional de Colombia and Universidad Distrital Francisco José de Caldas, La Finca is also in discussion to partner with two other major Universities in Colombia that have been authorized by the Colombian Government to conduct cannabis research, develop seed strains, and other agronomical research.

La Finca is also in conversations with a major international lab that prepares compounding formulations for international markets and currently has operations in Colombia and 34 other countries.

To complete the acquisition, the Company is issuing CDN $8,000,000 in stock at a deemed price of CDN $1.25 per share and is agreeing to pay a further CDN $5,500,000 within the next 24 months. The stock issued is subject to 36-month contractual escrow agreement.

Chemesis International Inc. is a vertically integrated global leader in the cannabis industry, currently operating within California, Puerto Rico, and finalizing an acquisition in Colombia.

Chemesis is developing a strong foothold in key markets, from cultivation, to manufacturing, distribution and retail. Chemesis has facilities in both Puerto Rico and California, allowing for cost effective production and distribution of its products. In addition, Chemesis leverages exclusive brands and partnerships and uses the highest quality extraction methods to provide consumers with quality cannabis products.

Chemesis will add shareholder value by exploring opportunities in emerging markets while consistently delivering quality product to its consumers from seed to sale.