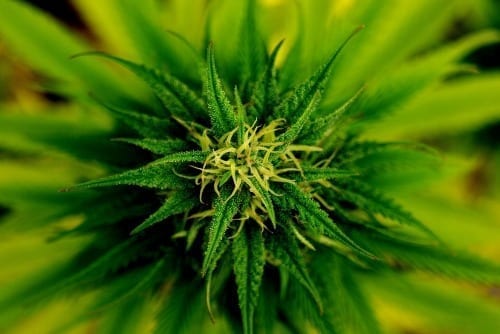 INN takes a look at the current state — and the projected growth — of the cannabis industry in the Oceanic nation for 2020.

Australia’s burgeoning cannabis market is attracting attention from investors as it develops.

Now, with increasing moves to push for drug legalization and steadily rising numbers of medical cannabis patients, the country is starting to build a lucrative cannabis space.

Here the Investing News Network (INN) takes a look at the current state and rapid growth of the cannabis industry in the nation into 2020.

Australia legalized medical cannabis in 2016, when the Narcotic Drugs Act was amended to allow the drug to be grown for medical and scientific purposes for the first time since it was outlawed in 1938.

The amendment allows businesses to apply for a number of different licences, including cultivation, manufacturing and research.

Despite the substance’s illegality, recreational use of cannabis has remained high. A report from the Australian Institute of Health and Welfare shows that marijuana is the most extensively used illicit substance in the country.

As such, full cannabis legalization has been an ongoing movement within Australian parliament.

In some of the country’s states, like the Australian Capital Territory (ACT), strides have been made to legalize adult use of the drug.

In the ACT, Labor Party member Michael Pettersson has introduced a bill that would legalize the use of marijuana for recreational purposes. It would allow people to possess up to 50 grams of flower and grow up to four plants outdoors per residence, or two per person.

The bill was passed in September 2019 and will take effect in January 2020, though some industry experts say its conflict with overarching Commonwealth legislation could prove to be a challenge.

More broadly, cannabis legalization has been a big part of the platform of the Australia Greens political party. Prior to Australia’s federal election this past May, the Greens were vocal about pushing the Labor Party to take the lead on marijuana.

In an interview with Smart Company, Greens leader Richard Di Natale said the party wants to allow people to grow up to six plants and establish a controlled market for the sale of cannabis products.

Save for one medical cannabis product — nabiximols — medical cannabis is not an approved medicine in Australia under Therapeutic Goods Administration (TGA) regulations. The TGA is the Australian equivalent of Health Canada, the regulator for the first G7 nation to legalize recreational use of the drug.

Patients who want to access cannabis products for medicinal purposes can use the Special Access Scheme, the Authorised Prescriber Scheme or a clinical trial.

Alexandra Curley, head of insights at research company Prohibition Partners, told INN that Australia’s current system could work to the country’s benefit when it comes to expanding the medical cannabis industry in Australia.

“What is very interesting with Australia is that the country is basically trying to get some of those stumbling blocks out of the way to ensure a smooth transition to incorporating medicinal cannabis onto the pharmacopoeia,” she said.

With the legalization of medical cannabis, research on the efficacy and safety of the drug has taken off in Australia. In 2017, the federal government established the Australian Centre for Cannabinoid Clinical and Research Excellence (ACRE), the country’s first federally funded centre for medical cannabinoid research.

ACRE director Jennifer Martin told Health Europa in April that the country needs to open the path for cannabis research.

“In 2014-15, Australia was in uncharted territory, with a strong push from patients and their relatives for medicinal cannabis to be available before it had become a registered product,” said Martin.

Martin added that ACRE’s research application is an opportunity for Australia to “establish a world-class pharmacovigilance, data monitoring and collection system.”

She continued, “ACRE has already taken critical steps to make this happen and it will enable direct and robust evidence to inform government, prescribers and the public.”

Other institutions, including the Lambert Initiative for Cannabinoid Therapeutics at the University of Sydney, have also been at the forefront of researching cannabinoid-based treatments.

The research has been to the benefit of the cannabis industry in the country overall. Initially, doctors were apprehensive to prescribe the drug due to a dearth of information, but research has been pivotal to increasing the use of cannabis.

“Our doctors are more educated about cannabis as a therapy, and also we’ve got a number of cannabinoid clinics that are actually opening up, so it’s easier for our patients to access,” Fleta Solomon of Little Green Pharma told INN.

Moving forward, Australia has been looking to become an export powerhouse in the cannabis space since the export of medical cannabis was legalized in 2018.

That year, Health Minister Greg Hunt said on ABC Radio that the country is aiming to become the world’s number one supplier of medical cannabis.

Since then, cannabis companies have been taking advantage of the legal freedom.

Another Australian company, Bod Australia (ASX:BDA), announced in July that it had entered into an agreement with UK-based pharmaceutical company PCCA to import Bod’s medical cannabis products across the UK and Ireland.

Solomon mentioned that along with the UK and Germany, Switzerland, New Zealand and Thailand are all countries Australia is looking to establish connections with in the marijuana space.

She added that “regulatory hurdles” are still in the way of these expansion plans. But developments at the federal level may soon make it easier for marijuana firms to solidify themselves in the global cannabis industry.

In September, a report for the Narcotic Drugs Act was tabled in Australian parliament recommending a complete rebuild of the licencing regime to “reduce the regulatory burden” on industry players and allow more support for the development of the industry, according to Australia’s health department.

According to the report, as of June 2019 the Office of Drug Control had received 246 licence applications, and had granted 63 licences, including 24 medicinal cannabis licences, 16 cannabis research licences and 23 manufacturing licences.

Though the Australian cannabis market is still in its infancy, it is well positioned to grow into a contender in the global marketplace for cannabis. Projections from Prohibition Partners put the country’s medical cannabis industry at AU$3.1 billion by 2028.

Curley said that Australian companies are well aware of their growing standing in global cannabis.

“The companies in Australia very much see that they have an opportunity to come centre stage, and they can really compete with the Canadian giants,” she said. “There’s a number of companies that are really ramping up efforts to produce and develop the market.”

For Australia, the phrase “Cannabis 2.0” has a much different meaning than it does in Canada, where it describes the shift to edible cannabis-infused products. Experts are expecting to see the Australian sector find its footing during this upcoming stage of development.

“The Australian market has now entered what we call Cannabis 2.0 — a phase of the market defined by real patient volumes, real revenues and real profits,” said Tim Drury, CEO of Southern Cannabis Holdings. “In 2020 we expect a shakeup of the market with new group of market leaders to emerge on the back of strong business models.”

One response to “Australian Cannabis Outlook 2020: Legalization on the Horizon”