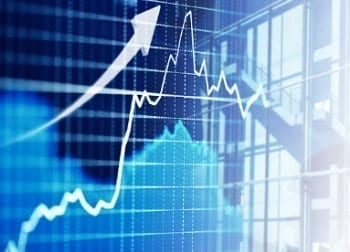 A new report from a cannabis-focused investment bank and advisory platform provided an insight into just how much money was invested in the Canadian cannabis market so far in 2017.

A new report from a cannabis-focused investment bank and advisory platform provided an insight into just how much money was invested in the Canadian cannabis market so far in 2017.
The report indicates over $770 million was raised in the first half of 2017 alone, according to the numbers Viridian Capital Advisors provided Marijuana Business Daily.
“Most of the funding was directed toward the cultivation and retail sectors; the rest went to the 11 other sectors Viridian tracks, including agriculture technology, biotech/pharma and consulting services,” the reportsaid.
For comparison, last year during the same time period, the total amount of investments in cannabis totaled $43 million.

Increase in capital due to market excitement and need for expansion

Vahan Ajamian, an analyst with Beacon Securities told Marijuana Business Daily that given the shortage concerns in the Canadian cannabis industry, licenced producers (LPs) are “aiming to have as much [cannabis product] as possible to maximize market share on day one.”
In a recent interview with Investing News Network (INN) cannabis analyst at Haywood Securities Neal Gilmer explained cannabis producers in Canada are expanding production and scaling up, a direct need for this amount of heavy investment so far this year.
Gilmer said this need to ramp up was set to unsuccessfully slow down the proposed cannabis shortage set to hit Canada. Once marijuana becomes completely legal in July 2018, producers scaling up their production capacity will take more time.
“You need to make sure [the expansions are] completed and then specifically figure out their best way to scale up that productive capacity,” Gilmer told INN. “There’s no real average that you can point to because it all depends on the nature of the facility that you’re acquiring… some may take less than nine months and some are going to take more than nine months, I think it’s really on a case by case basis.”

Excitement is continuing to show for the cannabis industry, despite a reevaluation of the market’s worth investment is still being handed out due to the potential of the recreational market. However, the medical side of the business is still quite profitable and if Gilmer’s prediction to INN comes through medical users might get recognition next year from Health Canada guaranteeing their products will not be scarce.
Editor’s note: The amount money invested in Canadian cannabis companies represents US dollars.
Don’t forget to follow us @INN_Cannabis for real-time news updates!
Securities Disclosure: I, Bryan Mc Govern, hold no direct investment interest in any company mentioned in this article.