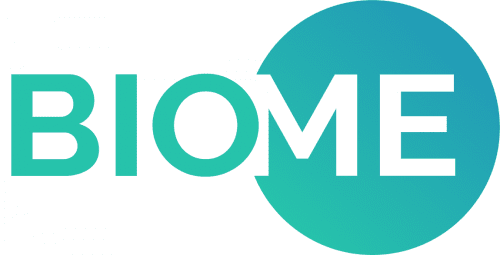 Biome Grow Inc. (CSE:BIO) (Frankfurt:6OTA) (OTCQB:BIOIF) (“Biome” or the “Company”) is pleased to announce it has released its first shipments of finished product to Newfoundland and Labrador.

Biome Grow Inc. (CSE:BIO) (Frankfurt:6OTA) (OTCQB:BIOIF) (“Biome” or the “Company”) is pleased to announce it has released its first shipments of finished product to Newfoundland and Labrador. Products are expected to be delivered directly to retail locations across Newfoundland and Labrador and accessible to consumers next week.  A second shipment of finished product will also be sent later this month with an emphasis on independent retail locations.

These first shipments will assist in reducing the immediate supply shortage in the domestic cannabis market in recent months. Biome Grow is committed to serving our customers in Newfoundland and Labrador. The Company is utilizing each of its assets to secure product for this market through internal and external sources and is committed to the long-term partnership that we have with the province.

This first shipment is part of the landmark agreement Biome and its Newfoundland and Labrador brand, Back Home Medical Cannabis Corporation (“Back Home”) signed with the Government of Newfoundland and Labrador on November 2nd, 2018.  This agreement is the largest cannabis supply agreement in Atlantic Canada and one of the top five largest deals of its kind in the Canadian cannabis market by quantity. The Company expects that the Supply Agreement will represent close to $100 million in revenue per annum starting in 2020.

In addition to regular product supply, Biome and Back Home are also finalizing the site selection for its five wholly owned retail locations. Biome anticipates that the first location will open in Western Newfoundland by Spring 2019.

The Back Home Medical Cannabis Corporation is a company incorporated under the laws of the Province of Newfoundland and Labrador and is in the late stages of applying for a license under the Access to Cannabis for Medical Purposes Regulations (ACMPR). Back Home began construction on a new production facility in Western Newfoundland in the second quarter of 2018. The facility will be 168,000 square feet in size upon completion and will be built in four phases.

This news release contains forward‐looking statements and forward‐looking information within the meaning of applicable securities laws. These statements relate to future events or future performance. All statements other than statements of historical fact may be forward‐looking statements or information.  Generally, forward-looking statements and information may be identified by the use of forward-looking terminology such as “plans”, “ expects” or “does not expect”, “proposed”, “is expected”, “budgets”, “scheduled”, “estimates”, “forecasts”, “intends”, “anticipates” or “does not anticipate”, or “believes”, or variations of such words and phrases, or by the use of words or phrases which state that certain actions, events or results may, could, would, or might occur or be achieved. More particularly and without limitation, this news release contains forward‐looking statements and information concerning: the Transaction and the expected revenue to be derived from the Supply Agreement; the construction and the timing associated with such construction and expansion of Back Home’s facility in the Province of Newfoundland and Labrador; Back Home’s expected timeline for the production of cannabis; the expected operating lifetime of Back Home’s facility in the Province of Newfoundland and Labrador; investment in, and the development of, Back Home’s  retail locations; the anticipated creation of jobs at Back Home’s production facility and retail locations; Biome’s expected investment in research and development; the Company’s investment in the provincial cannabis ecosystem and its ability to ensure Biome’s cannabis products are eligible for sale in the Province through the Newfoundland and Labrador supply chain, and Biome’s management and its business plans. Such forward-looking statements and information reflect management’s current beliefs and are based on assumptions made by and information currently available to Biome, including, among other things, assumptions and expectations with respect to: Back Home’s ability to obtain all necessary regulatory licenses, permits and approvals to produce and sell cannabis and generally operate its business; that labour, construction, and other costs will remain low for Back Home’s licensed cannabis production facilities; and that sufficient financial resources will be available.

These forward-looking statements are subject to risks and uncertainties that may cause actual results to differ materially from those expressed or implied in the forward-looking statements, including, among other things: a failure to obtain or delays in obtaining the required regulatory licenses, permits, or approvals; changes to legislation; changes in cannabis research or the general public’s perception of cannabis; crop failure; labour disputes; increases in labour and/or construction costs; rising energy costs; an inability to access financing as needed; and general economic downturn.