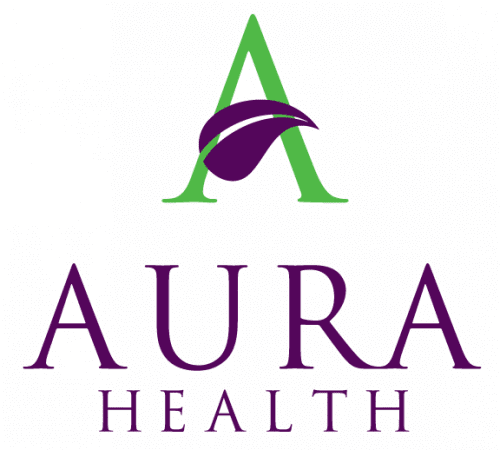 Aura Health Inc. (CSE:BUZZ) is pleased to announce a multi-year supply agreement with FSD Pharma Inc. (“FSD”) and that milestones have been met to allow the Company to close the acquisition of an 80% equity interest in Pharmadrug Production GmbH (“Pharmadrug”), as previously announced on January 25, 2019 and April 17, 2019.

Aura Health Inc. (CSE:BUZZ) is pleased to announce a multi-year supply agreement with FSD Pharma Inc. (“FSD”) and that milestones have been met to allow the Company to close the acquisition of an 80% equity interest in Pharmadrug Production GmbH (“Pharmadrug”), as previously announced on January 25, 2019 and April 17, 2019.

Pharmadrug is a cash flow positive German pharmaceutical distribution company with over 20 years of operating history and a Schedule I European Union narcotics license that allows it to distribute medical cannabis to pharmacies in Germany and throughout the Eurozone as markets become legalized. Pharmadrug currently has supply agreements with Bedrocan International B.V. and with a Canadian Licensed Producer, and has received its first cannabis shipment and has commenced deliveries to pharmacies in Germany.

As previously announced on April 17, 2019, in connection with the Share Exchange, Pharmadrug has entered into a supply agreement and a consulting agreement with FSD. Pursuant to the consulting agreement (the “Consulting Agreement”), Pharmadrug has agreed to assist FSD with obtaining euGMP certification at the existing licensed facility of FSD. Pharmadrug has also entered into a five year supply agreement with FSD (the “Supply Agreement”) whereby, upon proper euGMP certification, Pharmadrug will commit to purchase an aggregate of 1,000 kilograms of Canadian produced cannabis product from FSD in the first two years of the term and then 1,000 kilograms in each year thereafter at a firm price of $7.00 per gram FOB Germany in the first year and then $7.00 per gram FOB Germany thereafter (subject to downward adjustment should market exigencies dictate), provided that the product is saleable in the German market (the “Purchase Commitment”). For greater certainty, the Supply Agreement will in no way limit or restrict the ability of Pharmadrug to freely source product from other suppliers in any other country, provided that the Purchase Commitment is satisfied.

The Company anticipates that it will be in a position to close the acquisition of Pharmadrug in the coming days. At such point, the Aura Shares and FSD Shares will be released from escrow pursuant to the Share Exchange and all the escrow release conditions will be satisfied in conjunction with the previously announced subscription receipt financing for gross proceeds of $4.74 million.

FSD Pharma is focused on the development of the highest quality indoor grown, pharmaceutical grade cannabis and on the research and development of novel cannabinoid-based treatments for several central nervous system disorders, including chronic pain, fibromyalgia and irritable bowel syndrome. The Company has 25,000 square feet available for production at its Ontario facility with an additional 220,000 square feet currently in development (with an estimated cost of $250 per square foot to be completed in 2019). FSD facilities sit on 70 acres of land with 40 acres primed for development and an expansion capability of up to 3,896,000 square feet.

FSD’s wholly-owned subsidiary, FV Pharma, is a licensed producer under the Cannabis Act and Regulations, having received its cultivation license on October 13, 2017. FV Pharma’s vision is to transform its current headquarters in a Kraft plant in Cobourg, Ontario into the largest hydroponic indoor grow facility in the world. FV Pharma intends to cover all aspects of this exciting new industry, including cultivation, legal, processing, manufacturing, extracts and research and development.

Aura Health is building an international network of vertically integrated cannabis assets. Through an established product line of cannabis-infused edible products and oil extracts, Aura is dedicated to building a high margin downstream business in the medical marijuana sector. The Company holds convertible debt that converts to 54% equity of HolyCanna, a cultivation and nursery license holder in Israel. Aura has also entered into a definitive agreement to acquire 80% of Pharmadrug, a German medical cannabis and pharmaceutical distributor, as well as into a binding letter of intent to purchase CannabiSendak, the builder of a network of high-profile dispensaries in Israel.

THE CANADIAN SECURITIES EXCHANGE HAS NOT REVIEWED NOR DOES IT ACCEPT RESPONSIBILITY FOR THE ADEQUACY OR ACCURACY OF THIS RELEASE.

This news release may contain forward-looking statements and information based on current expectations. These statements should not be read as guarantees of future performance or results. Such statements involve known and unknown risks, uncertainties and other factors that may cause actual results, performance or achievements to be materially different from those implied by such statements. Such statements include the draw from the Bridge Facility, the satisfaction by the Company of the escrow release conditions under the subscription receipt offering (the “Offering”), the satisfaction of the share exchange release conditions, the closing of the Pharmadrug acquisition, obtaining proper euGMP certification, the fulfillment of the Purchase Commitment on favourable terms and the fulfillment by the Company of its obligations under the agreements referred to herein or in related press releases involving the acquisition of Pharmadrug or the Offering, among others. There is no certainty that any of these events will occur. Although such statements are based on management’s reasonable assumptions, there can be no assurance that such assumptions will prove to be correct. We assume no responsibility to update or revise them to reflect new events or circumstances.

The Company’s securities have not been registered under the U.S. Securities Act of 1933, as amended (the “U.S. Securities Act”), or applicable state securities laws, and may not be offered or sold to, or for the account or benefit of, persons in the United States or “U.S. Persons”, as such term is defined in Regulation S under the U.S. Securities Act, absent registration or an applicable exemption from such registration requirements. This press release shall not constitute an offer to sell or the solicitation of an offer to buy nor shall there be any sale of the securities in the United States or any jurisdiction in which such offer, solicitation or sale would be unlawful.

Additionally, there are known and unknown risk factors which could cause the Company’s actual results, performance or achievements to be materially different from any future results, performance or achievements expressed or implied by the forward-looking information contained herein, such as, but not limited to dependence on obtaining regulatory approvals, owning interests in companies or projects that are engaged in activities currently considered illegal under United States federal law; changes in laws; limited operating history, reliance on management, requirements for additional financing, competition, hindering market growth; regulatory and political change.

Click here to connect with Aura Health Inc. (CSE:BUZZ) for an Investor Presentation.

Click here to connect with FSD Pharma Inc, (CSE:HUGE) for an Investor Presentation.