Asterion’s CEO, Stephen Van Deventer, welcomed the announcement by the Australian Federal Industry, Innovation and Science Minister, Hon Karen Andrews MP, and stated: “Asterion chose Australia to develop the world’s largest medicinal cannabis glasshouse because of the Australian Government’s ambition to become the world’s largest exporter of cannabis products for medicinal purposes, as announced by the Australian Federal Health Minister Hon Greg Hunt MP in January 2018.” Mr. Van Deventer continued: “Asterion looks forward to working with the Federal and Queensland Governments and the Toowoomba Council throughout the development process, to deliver the largest and most technically advanced glasshouse in the world to the south eastern Queensland community and to deliver the finest quality in medical cannabis products to patients.”

Major Project Status recognises the strategic significance of the Toowoomba Project to Australia, and provides coordination and facilitation support as well as a single-entry point to a coordinated approvals process. In order for the Toowoomba Project to have been considered for Major Project Status, it had to meet the Major Project Status requirements, including an estimated investment of AUD $50 million or more, strategic significance to Australia and certain Australian government approvals. The project proponent must also have the financial resources to complete the approvals process and the project must have reasonable commercial viability.

The Toowoomba Project will be located on 75 hectares in Toowoomba adjacent to the Wellcamp Airport. The Facility is expected to be built to European Union Good Manufacturing Practices for medicinal products (EU-GMP) standards and, when complete, is planned to include a 40 hectare (4.3 million square feet) state-of-the-art glasshouse for cultivation and processing, in addition to a research centre and manufacturing facility, including administration and staff facilities. The Toowoomba Project is expected to be among the largest glasshouse facilities globally. The Facility is also expected to have the most advanced glasshouse cultivation technologies, including AI and robotics, and set new benchmarks in productivity, control, product quality and consistency. The Facility is anticipated to employ a state of the art security systems and implement best practice procedures to ensure the physical security of production and shipping, as well as traceability of products after shipment.

A three-stage establishment plan for the Toowoomba Project is expected to be implemented commencing in the last quarter of 2019, with a total capital cost in the approximate amount of $450 million. A total daily direct workforce of an estimated 800 workers will be employed with an additional 300 part time and shift-based positions. These positions range from semi-skilled workers through to scientists undertaking advanced research in both medicines and horticulture.

It is estimated that annual production from the Facility will be approximately 500,000 kg of medicinal cannabis product, having an export value in excess of $1 billion, with approximately 20,000 plants harvested per day.

Clonal propagation research conducted at the Facility will be funded by Asterion and undertaken by Queensland University Queensland Alliance for Agriculture and Food Innovation (QAAFI) (www.qaafi.uq.edu.au), with the plan to develop an in vitro mass propagation protocol for selected cultivars of Asterion’s elected cannabis strains.

Asterion is working with PreveCeutical and UniQuest Pty Limited on the development of new medical applications for cannabis in both preventative and treatment applications. In addition, under its September 26, 2018 development and joint venture agreement with Asterion, PreveCeutical will make available to Asterion its soluble gel (Sol-gel) delivery system (the “Sol-Gel System”). Sol-gels are taken via nasal administration and rapidly gel upon contact with mucosal tissue, which paves the way for direct nose-to-brain delivery. PreveCeutical is currently developing its Sol-Gel System, with the goal of developing the first, sustained-release, cannabis and CBD-based Sol-gel nose-to-brain delivery system that will provide relief across a range of indications from pain, inflammation, seizures, and neurological disorders.

Asterion is a Canadian cannabis company with operations in Australia, specializing in organic medical cannabis with a goal of becoming an industry leader in next generation cannabis products. The company is focused on the future of precision agriculture and aims to produce the highest quality genetically uniform cannabis strains, at an affordable price.

Asterion is led by a team of highly experienced executives with over 120 years of combined experience in medical cannabis, renewable energy, capital markets, and other highly relevant sectors across North America, Oceania, Europe, Africa and Asia.

PreveCeutical aims to be a leader in preventive health sciences and currently has five research and development programs, including: dual gene therapy for curative and prevention therapies for diabetes and obesity; the Sol-gel drug delivery program; Nature Identical™ peptides for treatment of various ailments; non-addictive analgesic peptides as a replacement to the highly addictive analgesics such as morphine, fentanyl and oxycodone; and a therapeutic product for treating athletes who suffer from concussions (mild traumatic brain injury).

On Behalf of the Board of Directors of Asterion

On Behalf of the Board of Directors of PreveCeutical

Click here to connect with Asterion Cannabis Inc. for an Investor Presentation.

Progressive Planet Solutions Inc. (TSXV: PLAN) (“PLAN” or “Progressive Planet”), an emerging leader in reducing the carbon footprint of cement products using natural pozzolans, is pleased to announce it has sold and optioned a combined total of 10 million of its 10.5 million shares of Snow Lake Resources.

4Front Ventures Corp. (CSE: FFNT) (OTCQX: FFNTF) (” 4Front ” or the ” Company “) is pleased to announce that its fully funded state of the art 185,000 square foot production facility in Commerce, California is nearing completion and will be ready to serve the $3b California cannabis market in Q2 2021. The project is on target to be completed in April 2021 with the Company planning for the first of its full line of edibles, tinctures and vape products to be on California retail shelves by May. 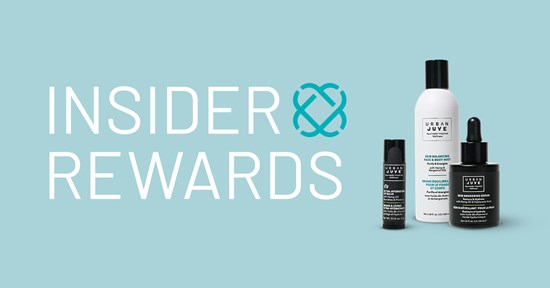