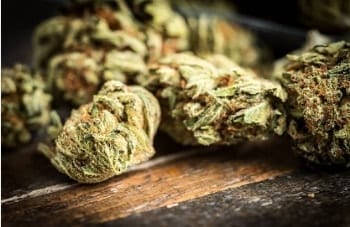 Expansions into the US from Canadian cannabis companies offer investors an opportunity to see returns from rapidly adopting pocket markets all over the country, now Aphria is offering an opportunity in the state of Florida with Liberty Health Sciences.

Expansions into the US from Canadian cannabis companies offer investors an opportunity to see returns from rapidly adopting pocket markets all over the country. Now, Aphria (TSX:APH; OTCQB:APHQF) is adding to the list in the state of Florida with Liberty Health Sciences (CSE:LHS).
On July 26, Liberty Health officially began trading on the Canadian Securities Exchange (CSE) and and entered into an agreement to pick up the Chestnut Hill Tree Farm, a small “pre-revenue” company set to produce licensed medical marijuana in Florida.
“We always saw Florida as a tremendous opportunity because of the sheer population size,” CEO George Scorsis told The Palm Beach Post.
“Aphria’s success story is no longer limited to Canada”, CEO Vic Neufeld said in the statement. “Aphria’s footprint expansion provides significant growth opportunities for our shareholders.

Reporting from The Palm Beach Post indicates that the Florida Department of Health has 23,350 patients registered for cannabis. Patients in the state must obtain a recommendation from their doctors to be treated with cannabis.
Scorsis said the company will be the “lowest-cost producer in Florida.”
On July 24, Scorsis was named CEO following his stint as president of Mettrum Health, a Canadian Licensed Producer, which got acquired by Canopy Growth (TSX:WEED) for $430 million.
Earlier this year Mettrum went through a recall process for a batch of product in which unregistered pesticides were found.
“The application of pest control products not registered for use on cannabis at Mettrum was inexcusable,” Bruce Linton founder and CEO of Canopy wrote in a letter to investors and consumers.
In the end, the voluntary recall was only a type three one, meaning it was not likely to “cause any adverse health” damage.

In a recent interview with the Investing News Network (INN), cannabis analyst Neal Gilmer said this year the company has executed based on what they had communicated before.
“[T]hey put positive financial results. They beat all expectations that I was aware of and they beat the top line; revenues were above my expectations and consensus estimates,” Gilmer told INN.
Ever since Aphria began trading on the TSX in March, the company’s share price has declined 7.2 percent. Last week alone its stock took a 10.63 percent hit. As of 12:30 p.m. EST on Friday, shares of Aphria were trading at $5.82.
Don’t forget to follow us @INN_Cannabis for real-time news updates!
Securities Disclosure: I, Bryan Mc Govern, hold no direct investment interest in any company mentioned in this article.