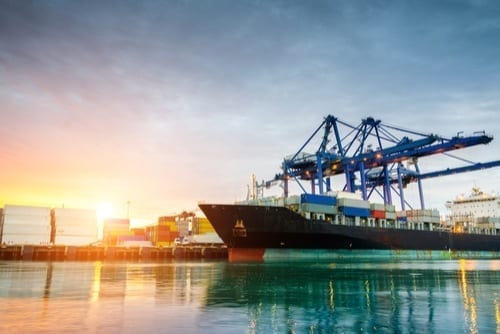 Northern Minerals has sent off its first shipment of heavy rare earth carbonate from its Browns Range project to customers in China.

Northern Minerals (ASX:NTU) has sent off the first shipment of heavy rare earth carbonate from its Browns Range pilot plant project in Western Australia to customers in China.

The shipment, which is comprised of 2,578 kilograms of rare earth carbonate, was produced during the project’s commissioning phase while various circuit components were tested and operated.

With commissioning now completed and the plant on its way to steady state production, shipment sizes going forward are expected to be “significantly larger.”

“Our first shipment of high quality heavy rare earth carbonate from Browns Range demonstrates that we have got the circuit right for the production from xenotime ore,” Northern Minerals Managing Director and CEO George Bauk said in a statement. “This first shipment is just the beginning of our journey.”

He added, “[a]s commissioning progresses towards steady state levels, we continue to attract international interest in the project and product. The team at Browns Range has done an enormous job in working through commissioning challenges. Some adjustments have been made to the circuit to ensure we produce on specification product.”

Located in Western Australia’s East Kimberley region, Northern Minerals is aiming to make the Browns Range project into the first significant world producer of dysprosium outside of China. Dysprosium is an essential ingredient in the production of magnets used in clean energy and electric vehicles.

In late 2013, the company signed an offtake memorandum of understanding (MOU) with Sumitomo (TSE:8053) for material from Browns Range.

While the non-binding MOU had been executed the year before, the company originally refrained from naming Sumitomo as its partner because of ongoing commercial negotiations. The agreement covers the supply of 1,500 tonnes of total rare earth oxide heavy rare earths concentrate per year.

Northern Minerals’ share price closed up 6 percent on the ASX on Thursday (December 27) at AU$0.053.