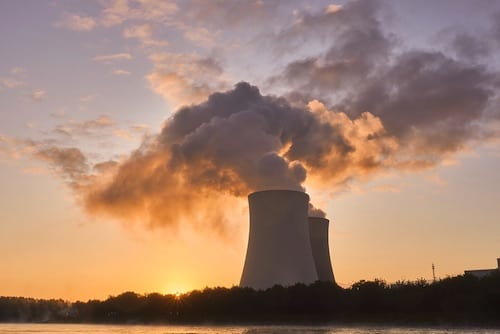 According to the MCA, nuclear energy is an ideal alternative to fossil fuels, which account for 81 percent of Australia’s energy mix.

A study commissioned by the Minerals Council of Australia (MCA) has found that more Australians support lifting a national ban on the use of nuclear power than those that want the ban to stay.

Opposition to any push to lift the ban and to use nuclear energy in Australia came in at 33 percent, while those that were neutral or unsure polled at 26 percent for lifting the ban and 29 percent for using nuclear power.

In Australia, nuclear energy is banned under federal law, along with nuclear fuel fabrication, the construction of nuclear power stations, enrichment plants and processing plants.

All nuclear projects must be approved by the federal government, and currently there are only three operational mines in the country, all of which produce uranium for export only. Australia has vast uranium reserves, but limited production and exportation due to the ban.

The MCA was positively glowing about the poll results, which support its long-held position on the subject.

The council is unabashedly supportive of nuclear energy in Australia and, given the research also revealed 54 percent of those polled were not even aware that nuclear energy was banned, said, “Australians need to know more about nuclear energy and how it would help reduce power bills and Australia’s emissions.”

The MCA added, “Climate change is real and as global energy demand increases, so does the need to diversify our power supplies and reduce emissions through technology.”

Currently, the vast majority of Australia’s energy mix comes from fossil fuels at 81 percent, with coal accounting for 60 percent of the countries energy generation, natural gas accounting for 19 percent and oil for two percent.

Renewable energy has been on the rise since, with projections for it to reach 50 percent in the near future, up from its 19 percent share in 2017-2018.

The lobby group took a swipe at the government of Australia’s actions on climate change, saying, “Australia, with the world’s largest deposits of uranium, continues to prohibit the use of nuclear power. Any government serious about addressing climate change must consider nuclear in its energy mix.”

Nuclear energy did pop up in the recent federal election held in Australia, after the incumbent Prime Minister Scott Morrison made an off-the-cuff remark about possibly considering nuclear energy for Australia.

He backtracked quickly after a swift response from opponents to nuclear energy, saying that there was no change in government policy, but the gaff brought the subject well into the election news cycle.

The research for the poll by JWS was done in October in Sydney and Melbourne, with a poll taken of 1,500 Australians.