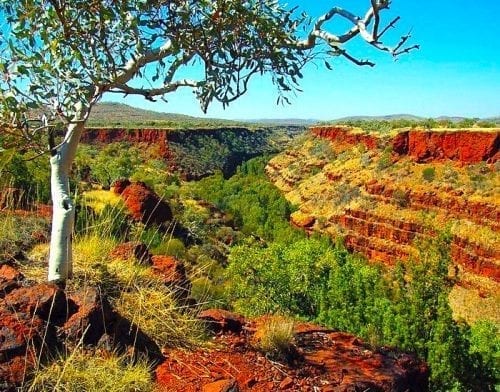 The EPA has concluded a six-year review of iron-ore giant BHP’s long-term strategic proposal for the Pilbara, and given the company the go ahead to get comfortable.

The Environmental Protection Agency (EPA) of Western Australia has concluded a six-year review of iron-ore giant BHP’s (ASX:BHP, NYSE:BBL, LSE:BLT) 50-100 year long-term strategic proposal for the Pilbara, and given the company the go ahead to get comfortable by recommending it for approval by the Western Australian government.

“The EPA’s environmental impact assessment on BHP’s strategic proposal released today (July 9), outlines the conditions that may be applied to each development, including environmental management plans, a greenhouse gas management plan and a mine closure plan,” said EPA deputy chair Robert Harvey.

“The benefit of assessing a strategic proposal is that we are able to take a bigger picture view of the potential environmental impacts the proposals may have.

“Through the assessment process the EPA was able to consider the cumulative impacts of BHP’s future proposals, rather than assessing impacts on a case-by-case basis, as individual mines or developments are proposed.”

The review considered the impact of BHP’s mining activities in the Western Australian region on fauna, flora, surface and groundwater, air quality and social surrounds.

BHP’s strategic proposal was described as holistic, and is as broad and wide ranging as one would expect of a 50-100 year plan, with 17 sites of activity, including future mines across a vast ‘project area’ nearly 450 km across at its widest point, identified by the company as of interest to its long-term operations.

The EPA was given plenty of work for the six years —it would have needed the time to assess the impact of clearing and preparation of all 17 sites.

Its report included an assessment of cumulative impacts of operations, environmental assessment and “scientifically verifiable estimates of the likely success of future rehabilitation.”

While the EPA was conducting its review, BHP stepped in two years ago to remove the South Flank project from its scope and advance the project faster as a stand-alone proposal. The company gave the project the internal green light last month, committing US$2.9 billion to its development.

“Once a derived proposal is referred to the EPA, the authority will determine if there is any significant new information, or if there has been a significant change in the relevant environmental factors, since the strategic proposal was assessed.”

According to the EPA’s report, the Pilbara bioregion, where the mines are located, accounted for 77.9 percent of the BHP’s project boundary, and is far from a wasteland being home to more than 1,700 plant species, the greatest reptile diversity in the vast Australian state and “the richest known groundwater fauna diversity in Australia.”

The Western Australian minister for Environment will have the final say following a two-week period where the report is open to public appeal. The public appeal period will close on July 23.

3 responses to “Get Comfy: BHP Gets Century’s Worth of EPA Approvals”