The unique geological chemistry of the Western Australia location birthed the rarest hues, including champagne, cognac, blue, violet and of course the coveted Argyle pink and red diamonds.

Pink and red diamonds are among the most special gems in the world. The value of these highly sought-after natural stones speaks for itself, but their rarity has arguably increased since the closure of Rio Tinto’s (ASX:RIO,LSE:RIO,NYSE:RIO) Argyle mine.

The asset, which ceased mining activity on November 3, 2020, had been in operation since 1983. In that time, 865 million carats of rough diamonds were produced.

The unique geological chemistry of the Western Australia location birthed the rarest hues, including champagne, cognac, blue, violet and of course, the coveted Argyle pink and red diamonds. Millions of carats of white diamonds were produced at the prolific property as well.

After 37 years of output, Argyle’s closure came at a time of flux for the diamond market. The sector has been dealing with reduced demand caused by the COVID-19 pandemic, as well as shifting demographics.

While mining activity has concluded at the source of 90 percent of the world’s pink gems, diamond analyst Paul Zimnisky noted that Rio Tinto is likely still processing ore from Argyle.

“So (Argyle) diamonds will probably still be ‘produced’ this year,” he said. “Also, Rio may have some rough inventory overhang following all of the supply chain disruptions last year. But by the end of this calendar year or early next year, I think most of the primary market Argyle rough goods will be off the market.”

Ahead of the Argyle closure, pink diamond prices were on the rise. According to the Fancy Color Research Foundation (FCRF), the value of pink diamonds rose 116 percent between 2010 and 2020. That’s more than any other colored diamond segment, including the extremely rare blue diamonds.

Even 2020’s disruptions and closures didn’t dent the rosy outlook for colored stones.

“The prices of all pink diamonds overall remained without a change in Q4 2020, with fancy and fancy intense categories presenting a slight increase,” a FCRF report states. “Although 2020 was challenging in terms of logistics and travel, contrary to market expectations, fancy color diamond prices proved to be resilient, with minor price decreases across the board.”

With as much as 95 percent of global pink diamond supply now removed, there is some anticipation that prices for the gems will continue to increase, perhaps at a faster rate.

“I think there are speculators out there making that bet,” said Zimnisky. “I believe Rio will be hosting one final pink diamond tender this year; I would imagine that demand will be fairly strong.”

There is already a growing buzz around pink diamonds. Earlier this year, American rapper Lil Uzi Vert had a 10 carat pink diamond surgically implanted in his forehead. The gem, which reportedly cost US$24 million, took the singer five years to pay off.

“We are delighted with the results of the 2020 Argyle Pink Diamonds Tender, a testament to the unique Argyle ore body and its place in the history of the world’s most famous diamonds,” said Patrick Coppens, general manager of sales and marketing for Rio Tinto’s diamond business.

The interest has continued into 2021 as auction house Christie’s prepares to sell the Sakura diamond in Hong Kong. The centerpiece of an upcoming late May auction, the 15.8 carat Sakura stone is the world’s largest internally flawless purple-pink diamond.

The gem is expected to draw a large crowd, and sell for $195 million to $300 million Hong Kong dollars. 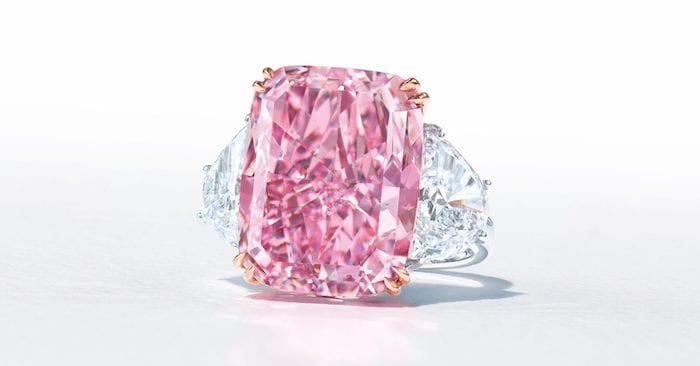 The Sakura diamond will be auctioned in Hong Kong on May 23, 2021. Image courtesy of Christie’s.

The heightened attention, paired with Argyle’s closure, is expected to bolster interest in the pink gems in the years to come.

“The effects of the closure of the Argyle mine will take some time,” explained fancy colored diamond analyst Yaniv Marcus. “I estimate it will take at least a year, there is another tender next year.”

He continued, “Only after that tender will we see a slowing surge in demand and price increase. For now, there are still many Argyle diamonds available.”

“It’s tough to say given how nuanced the rough market is, but it seems as if the rarest, most-desired Argyle goods have fared well in recent years,” said the diamond analyst.

For Marcus, it will take time for the mined goods to reach their full value.

“The value of the Argyle diamonds will take some time to really appreciate,” he said, referring to Rio Tinto’s December 2020 tender, which has been described as “record breaking.” 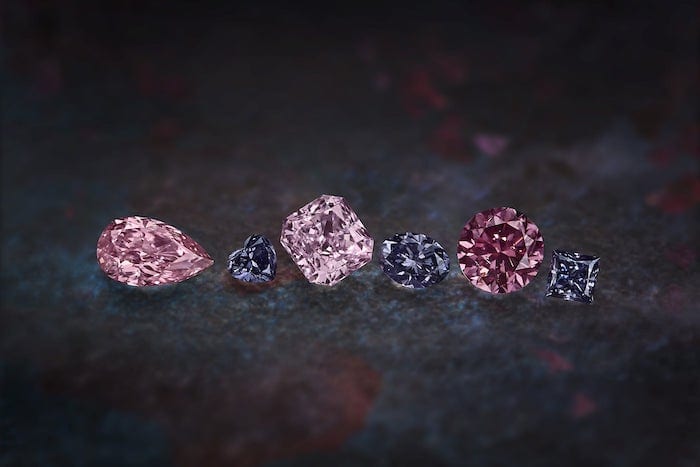 “Most of the buyers of the last tender really bid high prices, and therefore will have to wait for a real surge in demand before being able to sell their inventory for a profit,” he said.

Pink diamonds aren’t the only segment that has seen growth in the diamond sector. Challenges in the first half of 2020 saw demand dwindle, but there has been a steady uptick since July 2020.

“A strong recovery in diamond demand that was first seen in the second half of 2020 has continued into 2021,” said Zimnisky. “The Chinese New Year season, an important demand catalyst for the industry, was quite good, which has in part kept a bid in diamond prices in recent weeks.”

The sector’s bounceback is indicative of investment potential, according to Marcus.

“Although the Argyle mine produced some of the rarest pinks in the world, other investment opportunities exist,” he said. “Remember that even though pinks are rare, it is all about creating financial value over time, and there are opportunities right now that make more financial sense.”

Click here for part two of this article, which will look at the other two diamond mines in Australia and what their future means for the market.