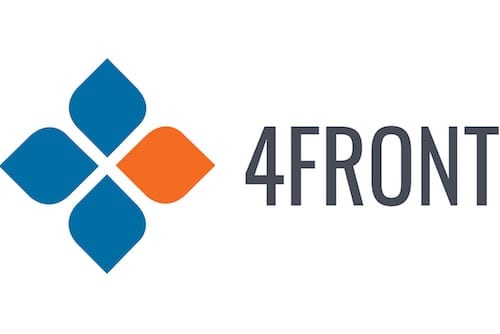 This 4Front Ventures profile is part of a paid investor education campaign.*

4Front Ventures Corp. (CSE:FFNT, OTC:FFNTF) is a cannabis company formed by the merging of 4Front and Cannex, two companies with unique, definable and complementary skillsets. The company is designed for long-term success and built upon proven operations in Washington state with experienced leadership, a strategic asset base and a commitment to attracting talent.

4Front Ventures has established significant cannabis operations in Washington state, including a full line of branded products. The company owns the #1 edibles manufacturer and the #2 producer of flower in the state, resulting in the second-largest market share in Washington. In May 2020, 4Front Ventures announced its financial results for 2019 and Q1 2020, reporting systemwide pro forma sales of $63.5 million in 2019. The $23.8 million generated by 4Front Ventures in Q1 2020 represents a 36 percent increase over the previous quarter’s totals.

Collectively 4Front Ventures has established over 60,000 square feet of cannabis cultivation space across its Elma and Tumwater operations in Washington. The company’s 40,000 square foot Tumwater production and packaging facility has captured a leading market share across the Washington edibles industry and the second-largest share of Washington’s dried cannabis market.

Leo Gontmakher, the architect of 4Front Ventures’ initial success in Washington state, was recently promoted to CEO of the company and is expected to lead it forward based on the company’s Washington model.

4Front’s wellness division in California currently sells CBD products online throughout the US with a full line of CBD and THC wellness products available through retail stores. The wellness division also offers an overnight cannabis delivery service, with a network that covers approximately 93 percent of California’s operations.

Based on initial success in Washington state, 4Front Ventures has begun introducing its branded products into new markets, beginning with Massachusetts. The company intends to expand its product offerings across the United States as it continues to improve its packaging and distribution capabilities.

In August 2019 4Front Ventures established the Brightleaf division, which took control of the previous Cannex assets across the United States, including cultivation and production operations at 4Front Ventures’ Worcester facility in Massachusetts.

Based on its initial success in Washington state, 4Front Ventures’ premium infused Washington flower product Terp Stix has been introduced into the Massachusetts marketplace.

4Front Ventures has secured one of the 19 “Tier 1” production licenses available in the state of Illinois, allowing for 220,000 square feet of canopy space. Moving forward, 4Front Ventures intends to follow its proven Washington development model in order to advance its Illinois operations. Washington VP of Operations Joe Epperson has been relocated to Illinois to oversee this phase of development.

4Front Ventures is currently working to upgrade its Illinois facility with the goal of increasing its canopy capacity from 3,168 square feet to 9,072 square feet. The company intends to complete the fully-funded upgrade work by Q4 2020.

4Front Ventures has established two retail operations in the state of Illinois, the Mission South Shore store and the Calumet City store. The company’s newest store in Calumet City is fully-funded and expected to be operational by early 2021.

Through its subsidiary Mission Retail, 4Front Ventures has developed an extensive retail presence in several states across the US. Mission’s aim is to support Brightleaf’s existing cultivation and manufacturing operations throughout the United States. Moving forward, Mission intends to expand its retail presence in core markets with the goal of securing further distribution for 4Front’s products.

Through the company’s Mission Retail subsidiary, 4Front Ventures has retail exposure and distribution across the United States, including dispensaries in Massachusetts, Illinois, Arkansas, Arizona and Michigan.

Founded by two natural health practitioners with over 45 years of combined hands-on experience, Pure Ratios’ origins are rooted in natural medicine and science, technology and holistic medicine. The company has developed proprietary formulations that were created by long-time practitioners of eastern medicine.

Creators of the award-winning 96-hour pain relief patch, the first and only pain management product of its kind, the Pure Ratio patches utilize topical delivery of CBD and THC. Through this method, the CBD or THC bypasses the digestive process for an undiluted absorption of cannabinoids directly into the bloodstream.

Leo co-founded Northwest Cannabis Solutions, which under his leadership grew to be one of the largest and most successful producers of cannabis products in Washington state. He also served as Chief Operating Officer at Cannex, which merged with 4Front in July 2019. Leo has significant experience in cannabis facility design, construction management, equipment sourcing, operations, branding, sales and marketing strategy, and software solutions. Before entering the cannabis industry, he served on the senior management team at North America’s largest processor and distributor of specialized seafood products. Upon completion of the Transaction, Mr. Gontmakher will also serve as COO of the Resulting Issuer.

Having founded 4Front Advisors in 2011, Kris now serves as president of 4Front. Prior to forming 4Front, Kris served as director of client services for CannBe, a pioneer in developing best practices within the medical cannabis industry. Kris has dedicated his career to reforming the nation’s misguided drug policies, having previously served as associate director of NORML (2000-2005) and executive director of Students for Sensible Drug Policy (2006-2009). He currently serves on the National Cannabis Industry Association board of directors and pens a column about the cannabis industry for Forbes. Kris’ pioneering roots in cannabis advocacy and policy provides a deep understanding of the evolving regulatory environment, which often provides 4Front a head start on seeing and evaluating opportunities.

Andrew was an early investor in 4Front, joining the company full time in 2014. He brings to the team a wealth of financial management experience and business acumen having previously served as managing director of the BlackRock Small Cap Growth Fund at BlackRock Advisors LLC. During his 11-year involvement, the $2 billion fund ranked in the top five percent of all domestic small-cap growth funds. He also had past experiences at MFS Investment Management and BT Alex Brown. Since joining 4Front, he has immersed himself in every facet of the cannabis industry, from the relevant financial drivers of the industry to hands-on experience with dispensaries and cultivation facilities.

Prior to joining 4Front, Nicolle served as Principal Accounting Officer and Controller at RGS Energy, a publicly-traded solar energy company. Her accounting background includes serving as both assistant controller and senior corporate accountant for several public and private companies in various utility and energy industries. Ms. Dorsey has extensive knowledge of technical accounting, financial forecasting, financial analysis, and business operations. She also worked for Cloud Peak Energy, a publicly held coal-producing company, as a senior accountant, and she is a licensed certified public accountant and has a BBA degree in accounting and a Master of Accountancy from the University of Wisconsin.

Josh provided seed capital to Kris Krane to form 4Front Advisors in 2011 and joined as a full-time team member in 2014 when 4Front began to explore opportunities beyond consulting. Previously, he spent 13 years as an equity analyst and portfolio manager in the financial services industry, during which time he became one of the youngest vice presidents in Credit Suisse’s history. Josh moved into private equity in 2008 because he wanted to have a more meaningful impact on companies.

David is the CEO of Gravitron, LLC which he founded in 2004. Commonly known as Grav.com or Grav, its original invention was the first all-glass gravity bong, the Gravitron, which was an instant success and has become a cult classic. Since the Gravitron, Mr. Daily has designed or led the Grav design team to bring over 500 unique top-line products to the cannabis market. In 2018, Grav was named in the 50 best companies to work for in cannabis by MG magazine.

Eric Rey – Board Chair and Director

Eric is a director and consultant to Arcadia Biosciences, Inc. where he previously served as President and CEO and which he founded in 2003. Mr. Rey has managed agricultural research, product development, and commercial programs for more than 21 years. Prior to Arcadia, he was a partner at the Rockridge Group, a consulting firm focused on agricultural biotechnology, and was formerly Vice President of Operations for Calgene Oils, a Division of the Monsanto Company. Mr. Rey is a director of Phytelligence, Inc. and Texas Crop Science LLC and holds a B.S. in Plant Science from the University of California at Davis.