Blue Moon Mining (TSXV:MOON,OTC Pink:BMOOF) recognizes the potential of the Blue Moon asset through its 100 percent owned advanced-stage flagship project Blue Moon zinc-silver project in California, USA. Blue Moon was a past-producing silver-zinc mine under Hecla and has since then been owned by majors such as Boliden, Imperial Metals and even Barrick. It also holds the Yava project in Yukon, which shares known metal occurrences between uppermost felsic volcanic rocks of the greenstone belt overlying sedimentary rocks at the Hackett River occurrence and the Musk.

Blue Moon Mining expects big things in 2021, including an extensive drilling campaign towards the end of the year. “We think we’ve identified some really exciting opportunities where we think we could potentially double or triple this resource, which is huge,” McGrath commented. 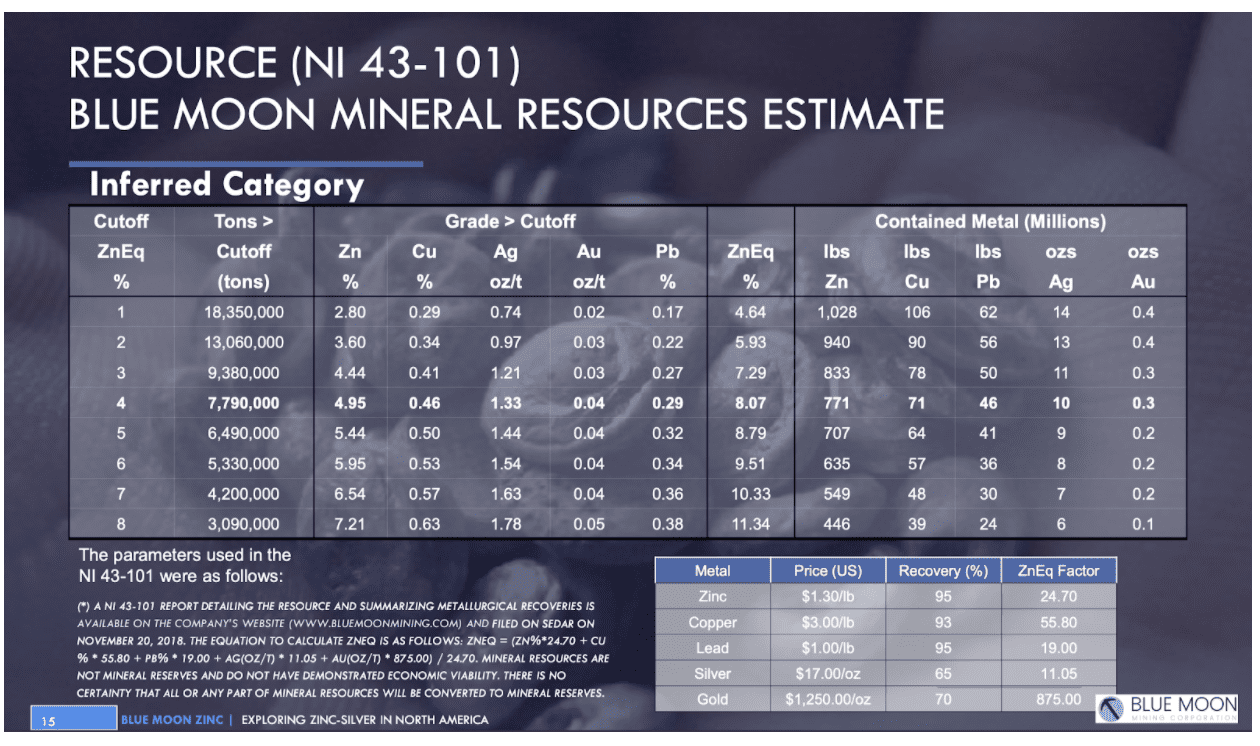