Berkwood Resources CEO Thomas Yingling provides an overview of the company’s project and his view of graphite’s role in the EV market.

Berkwood Resources (TSXV:BKR) CEO Thomas Yingling believes that graphite will have a significant role to play in the growing electric vehicle market.

In the interview below, Yingling shared the progress the company has been making at their Lac Gueret project in Northern Quebec. He also discussed the new technology being implemented to help the company prove up the graphite resource on the project.

Below is a transcript of our interview with Berkwood Resources CEO Thomas Yingling. It has been edited for clarity and brevity.

Investing News Network: Where is your project located and what infrastructure is currently in place?

Berkwood Resources CEO Thomas Yingling: Our project is located in Northern Quebec, about three hours north of the city of Baie-Comeau, which sits on the Saint Lawrence River. The region is well supported with lots of infrastructure, including the Manic Cinq Dam, which is about 50 kilometers or so away from us. The region also hosts an abundant source of affordable power, which will be needed if and when we get as far as building a mine. There are also numerous roads in the area due to the abundance of logging.

INN: Can you give investors an overview of Berkwood’s six-month plan?

TY: We are currently working on our fourth drill program. We have drilled the property three times in the past, and have found graphite in every hole and we hope to continue this success moving forward. We know we have graphite, and now, as the first step in the next six months, we’re trying to prove up tonnage.

We know we have large flake graphite, but there are other tests that need to be conducted to confirm this. Once we have this, we may continue drilling in the summer to confirm the resource or to add tonnage, if we’re ready.

INN: How does this plan contribute to Berkwood’s business model?

TY: The ultimate plan for us develop the project so that there’s an economic amount of graphite to build a mine or sell it to a potential buyer. I just got back from traveling in India and China, where we’ve been trying to locate potential off-take agreements from people who could come in and finance the build of the mine.

Graphite is use in electric vehicles, and there’s a huge demand for it. Mercedes Benz, for instance, just announced that they’re investing $23 billion in battery cells over the next few years, and graphite is a significant portion of the battery cell. So we’re offering something

Graphite is mostly produced in China. So, we are offering something quite unique in the form of large flake graphite in a Canadian source, particularly as we sit on the Saint Lawrence river, which has access to the rest of the world.

INN: Could you share some insight on your Mise a la Masse program?

TY: Mise a la Masse is a geophysical survey that is conducted down-hole as well as on the surface. We lower our electrical device into a previously-drilled hole to the depth where we know that our graphite body is located. Then, using the conductive nature of graphite, we hit it with a charge which is read by sensors that we have on the surface at 250 meters distance from each other across a large area.

What we can accomplish with this technique is to see if our graphite continues from the down-hole charge and how far. The sensors allow us to map out the mineralization body, and we can then overlay this information with our ground and airborne geophysics. It gives us a much better picture of where to drill and where the graphite ore body might extend. 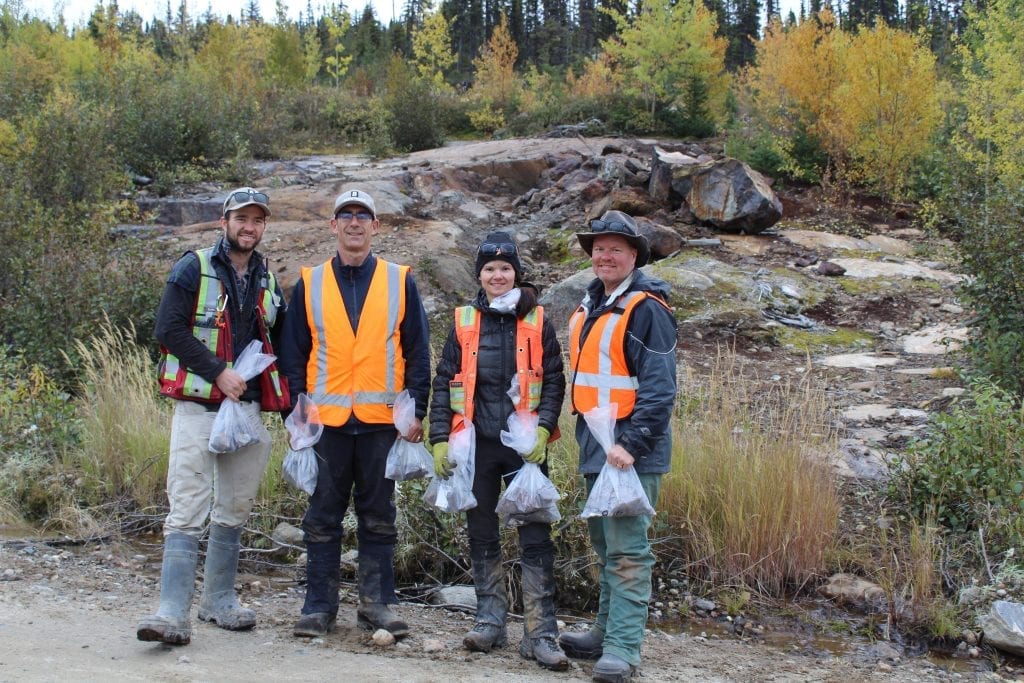 INN: How is Berkwood’s fourth drilling program coming along?

TY: It’s coming along well. We have the Mise a la Masse program helping us establish targets alongside the ground and airborne geophysics. It’s a complex structure, there’s nothing simple about it. Our neighbor, Mason Graphite (TSXV:LLG) also have a very complex structure, and we are hoping to copy their success, as they are getting prepared to develop their mine. Berkwood is very fortunate in that we have the same technical team that Mason Graphite had when they made the discovery. They are helping us stay on track to replicate the success the company had with their project.

INN: Should investors expect any catalysts for Berkwood?

TY: Moving forward, the next key catalyst will be a maiden resource, as it will take us from exploration to a proven resource. If the assay results are as good as we anticipate them to be, that will also be a catalyst because it will show that we have the right type of graphite for electric vehicle batteries. Once we prove that up, we will be better positioned to enter into an offtake agreement. All of these things will help us move forward.

INN: With the interest from vehicle companies like Mercedes Benz, where do you see the growth in graphite?

TY: There is significant interest from automobile companies in battery development, including manufacturers in India and China, as well as the big American car companies. Graphite is a significant portion of the electric vehicle battery in its current compositions. Each battery has roughly 75 pounds of graphite. All battery minerals, be it lithium, graphite or cobalt, are all going to be in huge demand over the next while, and we hope to capitalize on that.